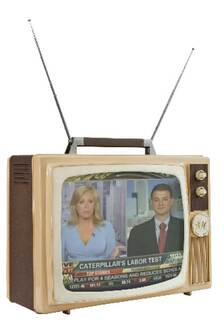 While media outlets around the country — including The Wall Street Journal, The Boston Globe, USA Today, The New York Times, Fox and Forbes — turned to Mackinac Center analysts at the end of 2012 for guidance on Michigan’s new right-to-work law, state and national media returned to our experts for comment on a host of other issues in 2013. Labor Policy Director F. Vincent Vernuccio also appeared on Fox Business to discuss potential recall attempts against Gov. Rick Snyder in the wake of right-to-work protections being extended to Michigan workers.

MLive also reported on a school ranking system put out by Bridge Magazine that MLive said was “similar” to one authored by Education Policy Director Michael Van Beek last year.

Newly elected Gratiot County Commissioner Scott Shower began 2013 by suggesting his fellow commissioners all read “Seven Principles of Sound Public Policy,” according to The Morning Sun in Mount Pleasant. The popular essay, by President Emeritus Lawrence W. Reed, has been translated into at least a dozen languages and was once delivered by Reed at none other than the People’s University in Beijing.

The Detroit News and Crain’s Detroit Business were the first media outlets to report on a plan crafted by Rod Lockwood of the Center’s board of directors to privatize and develop Belle Isle.