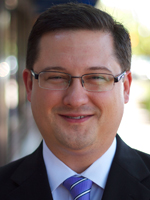 Reitz established the Freedom Foundation’s Theodore L. Stiles Center for Liberty, where he litigated for accurate elections, defended the First Amendment rights of individuals, fought against governmental abuses of power and wrote extensively on constitutional law. Reitz championed a number of reforms to modify public-sector collective bargaining and to protect workers from coercive union monopolies.

An advocate of accountable government, Reitz worked to promote transparency in state and local government, serving on the board of the Washington Coalition for Open Government. He frequently challenged public officials who violated the state’s open government laws.

“It’s a great privilege to join the Mackinac Center,” Reitz said. “The Center has a national reputation of not only conducting rigorous, credible research, but also communicating its recommendations persuasively and effectively.” 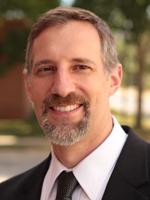 Derk Wilcox, a lifelong resident of the Ann Arbor area, joined the Mackinac Center Legal Foundation in July as senior attorney. He attended the University of Michigan as an undergraduate and received a master’s degree in economics from the University of Detroit-Mercy. Derk was an economist and researcher before attending the Ave Maria School of Law and becoming an attorney.

As an attorney he represented various corporate clients as well as individuals. In 2012 he was named Ann Arbor’s “Best Family Law Attorney” by the readers of Ann Arbor Family magazine.

With the Mackinac Center, Derk is working to challenge the laws that impose excessive government control over the lives of Michigan’s residents. 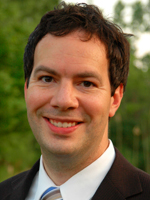 Dan Armstrong brings 10 years of professional television broadcasting experience to the Mackinac Center. Prior to joining the MCPP video team in June as an investigative analyst, Dan anchored and reported for an NBC news station covering the Great Lakes Bay region.

Dan is a Michigan native and has spent his entire life in the Great Lake State. At an early age, he developed an entrepreneurial and capital spirit by charging his siblings to play his video game system. In college, he made extra money by selling root beer floats out of his dorm room. He has owned and sold a landscaping company and real estate.

Armstrong plans to expand the Mackinac Center’s reach by developing informative, entertaining and compelling videos, and his work can already be viewed on YouTube and at www.mackinac.org/ media.aspx. 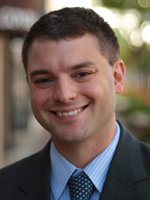 F. Vincent Vernuccio (Vinnie) is the new director of labor policy at the Mackinac Center. He was previously the labor policy counsel at the Competitive Enterprise Institute in Washington, D.C. Vinnie also served as special assistant to the assistant secretary of administration and management in the Department of Labor under President George W. Bush.

He has been published in national newspapers and magazines and is a frequent guest on Fox News and Fox Business.

Before moving to Washington, Vinnie, a native of New York City, graduated from the Ave Maria School of Labor in Ann Arbor.  After starting at the Center, Vinnie remarked “if feels good to be home!”

Vinnie is leading the effort to educate voters about the myriad of ballot proposals on the November ballot. 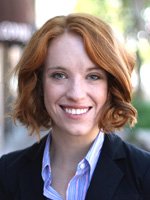 Spalding also worked as an education reporter in Columbia, Mo., and was a co-recipient of the Missouri Press Association’s Community Service Award for her efforts to highlight school district expenditures.

In 2007, Spalding taught English in Changzhou, China, while studying Chinese. Her conversations with her employer’s mother – who lived through Chairman Mao’s “Great Leap Forward,” convinced Spalding of the importance of economic freedom.

While at the Center, Spalding hopes to expand educational choice, stanch the spread of government land banks and explore Michigan’s many bike trails.