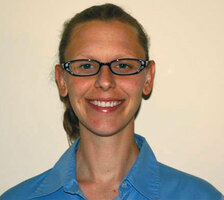 It worries Stephenie Jacobson to think that America may not hold as much opportunity for her children as it did for her.

“Every generation of my family has improved things for their children through hard work,” Jacobson said. She wants to do the same for her four sons, and in her case that hard work includes being an active, informed voter.

A resident of Cheboygan, where she and her husband are small-business owners, Jacobson is the founder of the Cheboygan Tea Party Patriots. She is also a Mackinac Center member, and credits the Center with providing her organization the resources it needs to keep abreast of policy issues and track legislators’ activity.

Life has changed for Jacobson since the days when she voted for politicians based on friends’ recommendations that “this or that candidate was a nice person.”

“The turning point for me in particular was Obamacare,” she said, and her discovery that elected officials may say one thing, but vote differently.

“I made a commitment that I would never be an uninformed voter again,” Jacobson said. “If we don’t roll back government, our children are going to be faced with massive debt and the loss of personal liberty.”

In particular, Jacobson said she and her fellow Patriots keep tabs on elected officials  through MichiganVotes.org, the Center’s online legislative database, and rely on Michigan Capitol Confidential, the Center’s online news service, for free-market news and analysis.

“The discipline to keep the focus at a level where some genuine impact can be achieved — that usually means the local or state level — is a big part of what separates reformers who make things happen from those who just yell at their TV screen. Stephenie has shown that discipline,” said Jack McHugh, Mackinac Center senior legislative analyst.

Jacobson maintains her own news site at Cheboyganconfidential.com, where she reports on— and often questions — local government activity and spending.

“Nobody is asking these questions. Capitol Confidential has taught me to question everything about how our money is being spent,” she said. “Our children are going to bear the brunt of our inaction. That’s what motivates me every day to press on.”