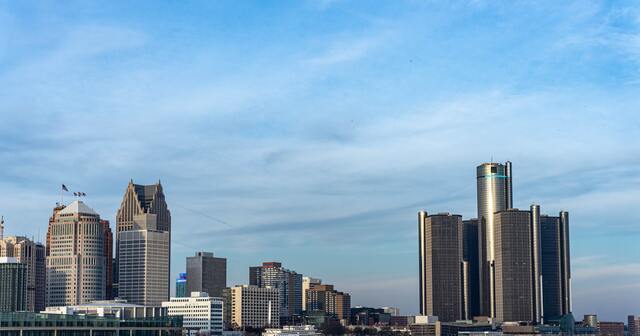 Subsidies are ineffective, expensive and unfair

The state government’s business subsidies are impractical, and lawmakers should stop offering them. They are ineffective at growing the economy, unfair to the businesses that don’t get them, and expensive to the state budget. This is one reason why we maintain a scorecard on how lawmakers vote on business subsidy programs.

There is a more fundamental reason why we pay close attention to these laws, however. They promote things that are outside of the proper role of government. And for a time in history, government spending could not be used to encourage private business.

In the earliest days of Michigan’s state government — and the governments of many other states — elected officials tried to encourage economic growth and disaster ensued. Some states couldn’t pay their creditors and others lost substantial sums in support of private railroads, canals, and other spending projects known as “internal improvements.” Voters, in response to seeing their tax dollars being squandered, added provisions to the state constitution to get the state out of the business of direct economic encouragement.

In addition, courts across the country became involved in the policy and ruled that taxes can only be spent on public purposes and not for someone’s private benefit. As Michigan Supreme Court Justice Thomas Cooley put it in his decision on the issue, “The State can have no favorites. Its business is to protect the industry of all, and to give all the benefit of equal laws. It cannot compel an unwilling minority to submit to taxation in order that it may keep upon its feet any business that cannot stand alone.”

These state constitutional rules and doctrines are why late 19th-century America has a reputation as the time when the country lived up to its free enterprise ideals. Government established the rules —property rights, contract law, laws against fraud, and others — and got out of the way as private interests used their resources and ingenuity, improving economic outcomes nationwide.

A lot has changed since then. Powerful people confuse their private interests for public ones and convince lawmakers to bend on these principles. The court rulings are ignored. The constitutional rules get interpreted to irrelevance.

Even so, this remains a core issue about the role of government: It should not get in the business of granting favors to select business. And since subsidies ought not be the proper business of government, the Mackinac Center has developed a scorecard which shows how lawmakers vote on the issue.

The scorecard uses our Michigan Votes database, which provides plain language descriptions of every bill introduced in the state Legislature since 2001 as well as a record of how legislators voted on bills. To be included in the scorecard, a bill has to authorize transfers from some taxpayers to others, whether that is through grants, loans, refundable tax credits and other assistance where recipients can receive payments from the state treasury. The scorecard does not include bills that authorize selective tax exemptions or other assistance but do not transfer cash from some taxpayers to others. A full statement of the methods used to determine whether bills are included in the scorecard is available here.

The scorecard shows a number of interesting trends. There were spikes in business subsidy authorizations during the 2003-04 and the 2007-08 legislatures, which approved more than $4 billion in new spending apiece. The runner-up was 2017-18, when lawmakers approved new subsidy programs for developers and businesses. The scorecard also shows that business subsidies typically received unanimous legislative support. In recent years, though, legislators have approved far fewer subsidies, and the ones that were approved were more likely to face some bipartisan opposition.

We put together the scorecard in 2018, and there have been a number of new bills added to it as they win approval. As lawmakers approve new laws, we will add those that meet scorecard’s criteria.