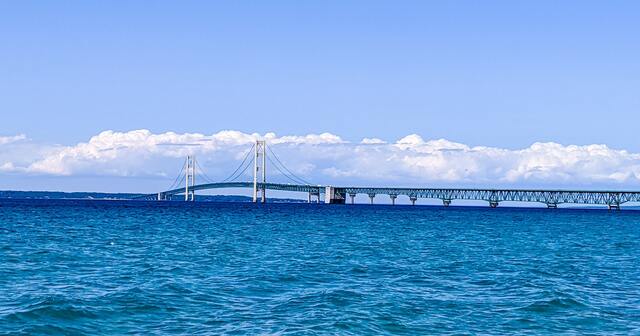 Michigan should protect its environment while preserving energy supplies

Over and over again, we see satirical stories that poke fun at silliness in politics and in the media coming true. But if you had planned to satirize the current energy debate in Michigan, Gov. Gretchen Whitmer’s refusal to even pause her demands to close the Line 5 pipeline would seem too extreme and unrealistic, even for satire. Rather than appearing steadfast, in the light of recent fuel shortages on the East Coast and widespread predictions of massive job losses and energy restrictions, Gov. Whitmer’s dogged commitment to closing the pipeline now is no laughing matter.

The nation is only beginning to rebuild after a cyberattack shut down the Colonial Pipeline, one of the nation’s largest sources of transportation fuels, causing fuel shortages and gas lines reminiscent of the 1979 oil crisis. Even though the company has been able to get essential fuels moving again, after only a five-day shutdown, energy experts predict that shortages will persist until Memorial Day.

With fuel shortages and gas lines as the backdrop, Gov. Whitmer’s deliberate choice to put residents of Michigan, and the entire Midwest, into the same precarious position now appears reckless and unjustified.

It is also why Enbridge, the company that owns and operates Line 5, has already spent over $100 million on initial engineering and assessments work to build a cement-lined tunnel 100 feet below the bed of the lakes. By moving the pipeline into the tunnel, the expectation is that we can both maintain essential energy infrastructure and protect the waters of the Great Lakes.

But, rather than helping to make the tunnel a reality, Gov. Whitmer has stood in the way and stymied efforts to get the tunnel built quickly. Her most recent moves revoke the legal agreement that allows the company to operate the pipeline that crosses the Straits of Mackinac between Michigan’s upper and lower peninsulas. She further claimed that if the company continues to operate the pipeline after May 12, they would commit “trespass,” and the state would pursue all profits associated with those operations after the deadline.

Enbridge had stated that this is a matter of federal jurisdiction and that the governor lacks the authority to enforce her order. They stated that they would, therefore, ignore the her order to shut down and would continue with ongoing litigation and mediation efforts, only ceasing shipments if ordered to do so by a court. As of early May 13, the company still appears to be shipping fuels through the pipeline.

And Enbridge is not alone in their desire to see the pipeline continue operating. Numerous government officials, business associations, union and building trade representatives, energy industry experts, and members of the public have described the expected impacts of the pipeline’s closure.

In one recent report, the Consumer Energy Alliance demonstrated that closing the pipeline would have a massive impact on Michigan, Ohio, Indiana and Pennsylvania. The report estimated the pipeline’s closure would cost these four states $20.8 billion in lost economic activity, $8.3 billion reduction in gross state productivity, $2.4 billion in lost salaries and wages, $266 million in lower state tax revenues and almost 34,000 lost jobs. Of course, this report does not touch on similar economic and energy supply impacts and job losses in the Canadian provinces of Alberta, Ontario and Quebec.

The members of Gov. Whitmer’s own party and her predecessor, former governor and now Secretary of Energy Jennifer Granholm, appear to agree that pipelines are an essential aspect of our nation’s energy infrastructure. In June last year, 23 out of 51 Michigan House Democrats voted in favor of a resolution calling for “the timely issuing of permits for the construction of the Great Lakes Tunnel Project.” For her part, Sec. Granholm recently stated that a pipeline is “the best way to go,” as she scrambled to address the fallout of the Colonial Pipeline cyberattack and closure.

Pipelines offer a more economically efficient and safe means of transporting essential transportation and heating fuels. And the efforts to relocate Line 5 into a cement lined tunnel 100 feet below the bed of the Great Lakes should be rapidly approved and even applauded as a reasonable way to protect the waters of the Great Lakes while maintaining essential energy infrastructure.

Gov. Whitmer’s absolute refusal to recognize even these basic facts appears more like an anti-energy political campaign then it does a serious effort to protect Michigan’s environment. The governor should give up the grandstanding and get out of the way so Michigan can protect its environment and preserve essential energy supplies.