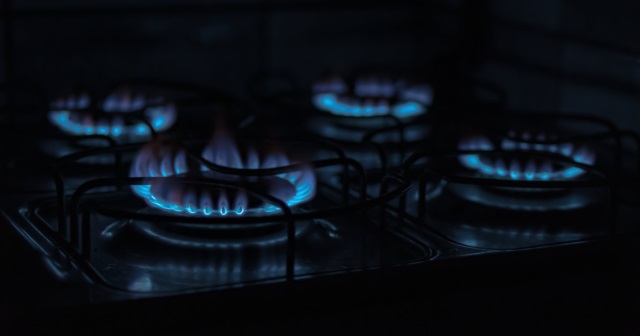 Residents of the U.P. deserve reliable, affordable and clean energy

Gov. Gretchen Whitmer has said she wants to make sure residents of Michigan’s Upper Peninsula have reliable and affordable sources of energy to heat and power their lives, which is why she created the Upper Peninsula Energy Task Force. But from her first day in office, the governor has struggled to close the Line 5 pipeline, an effort which works contrary to her stated goal. The single most effective policy Gov. Whitmer can implement to help ensure energy security for the U.P. today would be to stop her campaign against the pipeline and let Enbridge move forward with relocating the pipeline to a cement-lined tunnel, 100 feet below the bed of the Great Lakes.

Line 5 is an important source of propane, a fuel Michigan residents consume at the rate of 489 million gallons per year, more than any other state. The pipeline transports natural gas liquids to refineries in the Great Lakes region, around Sarnia, Ontario. Those refineries produce propane that returns to Michigan to be used by over 223,000 households across the state. Propane is particularly important to rural residents of the U.P., where over 23,000 households rely on 34.2 million gallons of it to heat and power their homes each year.

During the January 2019 Polar Vortex event, Michigan experienced a double blow of extremely cold temperatures and restricted natural gas supplies, after a fire at a major natural gas processing facility. In response, the Whitmer administration ordered a statewide energy assessment to determine whether Michigan had reliable access to energy during extreme weather events. In a separate move, the governor formed the Upper Peninsula Energy Task Force to “ensure the U.P.’s energy needs are met in a manner that is reliable, affordable, and environmentally sound.”

The task force published its list of 14 propane-focused recommendations in April of this year. In response, my co-author Isaac Orr and I wrote a just-published report, “Assessing the Costs of the U.P. Energy Task Force Committee Recommendations.” Our report points out several issues with those recommendations and the governor’s campaign against the pipeline.

First, closing Line 5 would put the U.P.’s propane supply at the mercy of Mother Nature by forcing U.P. residents to rely on rail and truck shipments from Superior, Wisconsin. As the rolling blackouts in California demonstrate, policies that limit access to essential energy leave residents in the dark during extreme weather — far too dangerous to be an option.

Second, the task force recommends laws against price gouging. But any law that mandates maximum prices during shortages, as such laws do, only ensures that those shortages are extended. When there are insufficient supplies of an essential product, price increases provide a signal to suppliers that more of that product is needed. But when government mandates ensure suppliers will lose money if they move a product to a constricted market, they’ll simply stay home.

Third, the Statewide Energy Assessment suggested that Michigan consider alternative fuels and methods of heating homes. But the options the task force considered would double or triple energy costs in the U.P., forcing more households to rely on state and federal energy assistance programs. For example, installing natural gas lines would cost $3,474.50 or more per home and require hundreds of millions in additional spending to build natural gas pipelines across the peninsula.

U.P. households currently pay higher electric rates than people in California, making electric heating of their homes completely unrealistic. We calculate that converting these homes to electric heat would increase annual heating costs by $3,400 to $3,900 per home per year.

Fourth, the costs to switch from propane to electric appliances — adding a heat pump system, supplemental electric resistance heating and electric water heaters — would impose more than $25,000 in additional costs for each household.

Lastly, the task force recommends weatherization programs to improve the efficiency of U.P. homes. But these programs would be prohibitively expensive because federal weatherization programs require households to meet basic structural requirements. Without inspections, it’s impossible to know how many U.P. homes need upgrades to meet these basic requirements. If the upgrades were completed, Michigan would need to spend between $15 million and $470 million, depending on the level of efficiency sought, on additional weatherization upgrades.

Gov. Whitmer’s stated goal for creating the U.P. Energy Task Force was to ensure residents of Michigan’s Upper Peninsula have a reliable, affordable, and clean supply of energy. But her attempts to force the Line 5 pipeline to close will raise the price and limit the supply of affordable and reliable heating fuels currently used by 223,000 Michigan households. Rather than pressing her campaign against this pipeline, she should be encouraging the construction of the Line 5 tunnel.