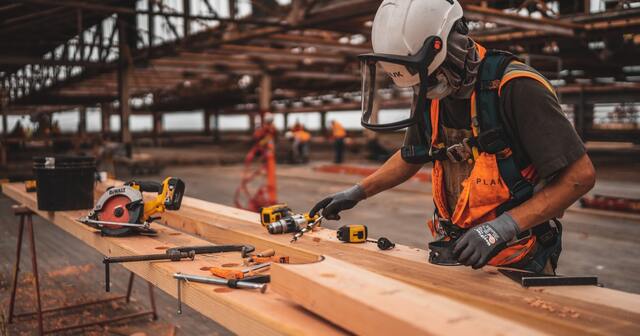 What Do We Know About the Impact of Prevailing Wage Laws?

In 1891, Kansas became the first state to enact a prevailing wage mandate, which generally requires governments to pay a predetermined wage for work it contracts out, rather than use a negotiated or market-based pay rate. Dozens of other states followed suit, with the regulation especially popular during the 1930s. But not all states joined the crowd.

Eight never passed the rule in the first place, and 15 more have since repealed their own. The spread and repeal of prevailing wage mandates created ample opportunities to study how the regulation affects economic outcomes, and today, there is no shortage of research. But the prevailing wage research literature reports, at best, mixed signals about the effects of government-mandated higher pay. In a previous blog I also reviewed some published literature on prevailing wages and a somewhat incomplete interpretation of it.

Naturally, many studies center on how prevailing wage mandates affect wages. Many of them conclude that the law works as intended: It elevates pay for construction workers on government projects. For example, one 2000 study used data from 1982 through 1992 and found prevailing wage laws not only “enhance both wages and benefits” but also compel employers to pay higher pension contributions. Likewise, a 2005 study found that workers on construction projects covered by prevailing wage rules earned more than workers on similar projects not subject to these rules.

A series of related studies examine what happens in the absence of a prevailing wage mandate. Although they generally find that wages drop after prevailing wage mandates end, they offer no consensus on how much. Contrast a 2018 study, which reports that prevailing wage repeal led to an annual wage decline of 2-4%, to a 2016 study that reports a total drop of only 4% over the 10 years after repeal.

But other studies arrive at a very different conclusion. A 2010 analysis of the construction bids for nearly 3,000 schools reported that a prevailing wage mandate and other regulations substantially increase construction costs. Another study, based on interviews with contractors, concluded that the rule raises costs by about 26% percent. Estimates for New York peg the increase at 13-25%, and a separate report in Nevada found even more significantly inflated costs.

There is good reason to believe that prevailing wage rules make new construction more expensive: They raise labor costs without creating offsetting efficiencies. A 2001 study explicitly tested this thesis, and, using data on a small sample of school construction projects in Pennsylvania, showed that prevailing wage rules increased worker pay and benefits, which translated directly into higher construction. Another study from 2005 similarly finds that the rule increases compensation costs, which also increases construction costs. The author also notes that “prevailing wage laws appear to be an inefficient mechanism by which to achieve additional quality.”

Still, like so many other aspects of the prevailing wage literature, there is no consensus on whether repeal reduces construction costs. For example, a 2020 study concluded that curtailing the prevailing wage rule in Nevada reduced bid competition, which ultimately led to higher costs. But that result goes against the grain; other studies find no prevailing wage effect on bid competition. Moreover, the inconsistency of findings regarding construction costs may exist because many studies fail to differentiate between bids for different types of work. That is a crucial distinction, because evidence from Ohio suggests that prevailing wage rules affect the cost for some labor categories (e.g., plumbing) but not others (e.g., masonry).

High wages don’t just affect construction costs; they also shape employment levels. That aspect of prevailing wage economics has also received scrutiny. The CBO assessment mentioned above noted that repealing the Davis-Bacon Act would increase job opportunities in construction, especially for those who find it challenging to gain employment under existing work rules. More specifically, one study of 162 metropolitan areas projected that repealing the Davis-Bacon Act would generate over 30,000 construction jobs. Likewise, a New Jersey-focused study found that the absence of a prevailing wage mandate creates more jobs, although the broader economic benefits of the additional employment are uncertain. Both findings echo a 1999 analysis from the Mackinac Center, which reported fewer construction jobs per capita in prevailing wage states, compared to states without a mandate.

An oft-overlooked aspect of prevailing wage rules is their potential for producing discriminatory outcomes for workers. Several studies, including one from 2001, reported that ending prevailing wage mandates led to a slight drop in construction wages. But interestingly, that 2001 study found that the decline was “borne primarily by union and by white workers.” In other words, repealing the mandate reduced the wage gap between Black and non-Black employees. A study from a University of Baltimore scholar, among others, points out that more stringent prevailing wage rules correspond with lower construction employment among blacks and that repealing those rules would benefit minorities. The issue, though is the subject of some dispute (see a critique of that study as well as the author’s response).

Though the scholarship does point to the problems with prevailing wage laws, there are still some ambiguities, and future studies could resolve those ambiguities by addressing four points. First, researchers must recognize that not all construction projects are identical. Countless studies combine all project bids into a single category and apply statistical models to the data, a research design choice devoid of common sense. Elementary schools are not the same as high schools, which are different from university buildings, which are nothing like highways and bridges. One-story and multistory structures impose very dissimilar costs, and public and private project requirements often differ. Future studies should incorporate these distinctions. They should also examine final project costs, not just bids. That’s an essential consideration due to frequent cost escalation for some types of infrastructure.

Second, statistical approaches to prevailing wage assessments need significant improvement. Researchers should avoid the common practice of analyzing a few years of data, and instead should draw on at least a decade worth of data, preferably collected across one or more business cycles. They should also stop simply comparing average bids before and after prevailing wage repeals, a strategy that fails to address critical economic factors that affect these figures. Those factors include supply chain disruptions, perhaps due to a natural disaster or geopolitical conflicts, and normal fluctuations in the cost of raw materials.

Third, researchers should assess how the overall regulatory environment affects wages and costs. Prevailing wage rules are far from the only regulation imposed on school construction and other infrastructure projects. Research suggests that regulations have an additive effect on construction costs, and studies that fail to control for regulatory differences across state and local governments do so to their detriment.

Fourth and finally, those who study the prevailing wage mandates should assess whether the regulation is good for society. Much of the existing research focuses on what the rule does for and to an essential but narrow population segment: construction workers. If, as some studies suggest, portions of that group are better off due to prevailing wage rules, then who or what is worse off, and by how much?

Scholars who address these four points will advance knowledge of economics and prove useful for policymakers and members of the public alike.