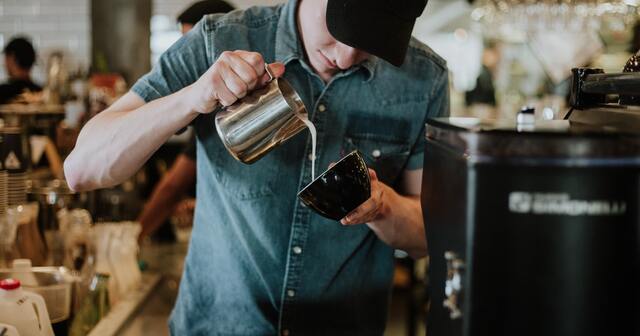 The same arguments have been used time and time again

Editor's Note: This article was originally published in The Hill on February 13, 2021.

With federal lawmakers considering a $15-per-hour nationwide minimum wage, we’ve got a new minimum wage debate. Except, it’s not new. It’s been the same debate for the past hundred years.

The minimum wage remains popular enough for the government to increase it at regular intervals; some people are uncomfortable with the idea that someone could work full time and not be able to make ends meet. But this sense of dread also dulls our ability to understand the mandate’s actual effects.

It doesn’t matter that the minimum wage doesn’t do the job it’s supposed to do.

It doesn’t matter that there are better alternatives.

It doesn’t matter that its unintended consequences hurt people more than it helps.

The idea that there are people out there struggling because they aren’t paid enough has kept the minimum wage solidly within the Overton Window.

“Every manufacturer starts out with a handicap because of high taxes, and if you impose state regulation of wages upon us we will have to go out of business,” said a New Orleans cotton mill owner in 1921. One commentator in New York wrote in favor of it during the same year: “The arguments in favor of this method of establishing a living wage are numerous. The fact that it has worked successfully wherever tried goes far to disprove the arguments still offered against it.”

Or consider this from 1958: “If a minimum wage is set high enough to have any effect, that effect must be a closing of the market to those persons least capable of earning a living. For the minimum wage denies such persons the right to offer their services for what they are worth.” Supporters then, as now, said it’s a good thing for everyone: “It would help minimize the need for subsidizing by social agencies. It would pump new purchasing power into the channels of commerce.”

The law’s supporters also complained that too many jobs were exempt from it, another point that continues today, when the topic of tipped workers and unpaid internships enters the debate.

There were concerns about the minimum wage’s disparate impact on unemployment among youth and minorities in 1967, which continues today, as does the belief that it will reduce crime. One reporter summarized the debate at the time: “Many call the minimum wage increase as a cure for poverty. Others say it creates more poverty than it alleviates, through the loss of jobs and increased prices.” I think that summary applies today, too.

A labor leader in 1977 argued that the law works and he has the evidence that it works. “I know, and I have a large volume of economic data to support my knowledge, that the law has helped to raise the wages of the lowest-paid workers and helped bring them into America’s mainstream.” No, the law does the opposite, said his detractor in the same newspaper. “All evidence clearly shows that wage increases in the minimum wage quicken the pace of inflation and cause additional unemployment. Ironically, those hardest hit by additional inflation and unemployment are the same people the minimum wage was designed to protect.”

In 1988, a Reagan staffer noted that the minimum wage is poorly targeted at the people supporters want to help: “The typical minimum wage worker is young, works part time, does not support a family and is not poor.” And the opposition thought that only bad companies pay low wages: “A company that is a good public citizen needs to pay a wage folks can live on.” Meanwhile, economists at the time said that there are benefits and costs: “When you raise the minimum wage and enforce it, some (workers) win and some lose. It’s kind of a trade-off.”

You’ll hear the same arguments from the past three decades raised in the debate today.

The problem is that we now know more about what the minimum wage does. There is real scholarship that answers questions such as whether it pulls people out of poverty or leaves them jobless. That’s the solid work that cuts to the heart of the issue.

There has been a lot of empirical work on this issue over the past hundred years. To quote from the latest review of the academic work, “There is a preponderance of negative estimates in the literature.” The authors find different effects on different groups, but it is quite clear in the research that the law doesn’t do the job that supporters want it to do. Those who are worried about low wages driving people into desperation ought to rally around another policy.

But given that we’ve had this debate for a long time, and that the same arguments get used time and time again, it looks like we’re going to be stuck in this rhetorical loop.