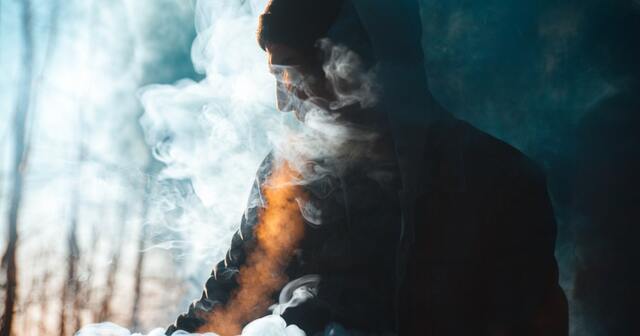 The National Vaping Ban is a Bad Idea

Not long after the governor proposed banning flavored vaping products in Michigan, President Donald Trump proposed a similar ban, but national in scope. This led Americans for Tax Reform to oppose the ban and do so in part with a coalition letter sent to the president. The Mackinac Center for Public Policy is a signatory to that letter.

During Prohibition, it was estimated that 75% of illicit alcohol entering the country came across the Detroit River. As much as 23% of the federal government’s Prohibition enforcement dollars were being spent in the Great Lakes State due to rampant smuggling. One Michigan road trafficked so much alcohol that at one point it was nicknamed the “Avenue de Booze.”

Cigarettes are likewise trafficked into Michigan by casual and large-scale smugglers looking to save or make a buck. We have estimated that 20% of the combustible cigarette market here is illegal, and about half of that is smuggled in over long distances. The trade in illegal cigarettes is so profitable we have cited one bust of a shipment of smokes being brought into New Jersey from China and bound for California. And all of this is for a legal product.

Flavored vapor bans would encourage this kind of behavior. Even small-scale bans prove challenging to enforce. Michigan officials struggle to keep contraband cigarettes and cell phones out of prisons. How then do officials expect the federal government, or state law enforcement agencies, to keep tinier products like vape cartridges out of Michigan? As policymakers and members of the public react to the national and state proposals, it’s fair to ask why we have not seen law enforcement officials warning lawmakers of the challenges they would face in enforcing any such prohibition.

Bans likewise encourage illegal markets, and products in illegal markets tend to be more dangerous to their consumers. The “Iron Law of Prohibition,” states that the more intensive the law enforcement efforts against something, the more potent (if not dangerous) the product or activity becomes. Given the ban, vapers will risk acquiring illicit products that may have more kick from nicotine (or an illicit drug) and be more potent than their legal and regulated counterpart. During Prohibition, gin and whiskey, rather than beer, was preferred by smugglers and consumers alike because it provided more buzz at a lower cost.

These are not the only dangers and unintended consequences of such a ban, but they are important considerations. We, along with our coalition partners, recommend that the U.S. Food and Drug Administration not impose a ban on flavored vaping products.