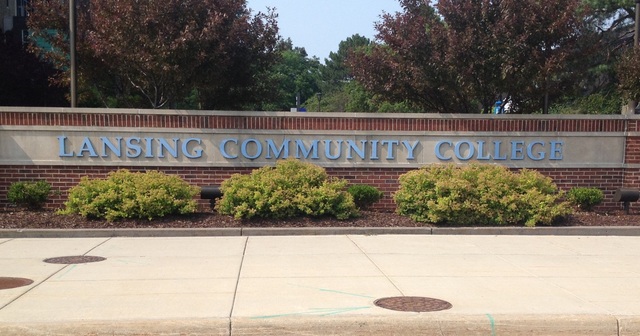 Use Extra Community College Money to Lower the Income Tax

Taxpayer spending is up even as student numbers drop

House Republicans have faced some unfair opposition to their plan to lower the state income tax, with assertions that the state budget can’t afford it. Yet the amount of state spending from state-levied taxes has grown $5.8 billion over the past six years.

Budget officials expect that the state’s revenue will keep expanding. There’s more than enough money to let people keep another 0.35 percent of their income — the amount of the latest tax-cut plan — if state spending simply kept steady. Still, it’s important to review what value taxpayers are getting in return for the state’s tremendous budget growth.

A good place to start is by re-examining the additional spending on community colleges. Taxpayers support them through annual appropriations approved by lawmakers. The colleges also receive property tax revenue and charge tuition.

Compare the trends of state universities and community colleges over the decade. They both enroll roughly the same number of students as they did in 2006. They’ve also both raised tuition and fees by roughly 50 percent. But the amounts that they get from the state are drastically different. The state is giving community colleges 50 percent more taxpayer dollars than it used to, but it cut taxpayer dollars going to state universities by 11.7 percent.

We don’t know how community colleges would have reacted to reductions in their state appropriations. But odds are they would have continued to pass their costs on to students.

If community colleges saw the decreases that state universities saw instead of the substantial gains they enjoyed, the state would save $177 million each year. State budgets tend not to change that dramatically, however. Still, legislators should ask a question about community colleges. Why, if they have been favored by the Legislature, have they raised tuition by roughly the same percentage as their less-fortunate colleagues at state universities?

Legislators looking for places to cut would be justified in looking at subsidies to community colleges. The case that giving these institutions taxpayer dollars leads to general benefits to the community is weak. People attend typically a community college to get a specialized skill, training or certification. Doing so benefits them. It also will benefit whoever hires them and perhaps their customers as well. That’s great for everyone involved, but it is just like any other endeavor someone makes to become more valuable. To the extent that it makes sense at all, it makes sense for the people who seek the training to pay for it themselves, and if not them, their employers.

But even if it is important for taxpayers to fund each other’s training, such assistance ought to be provided by funding students instead of institutions.

Community colleges claim that much of the increased funding they’ve received has been eaten up by state-mandated pension costs. They do have a point. All community college employees are, after all, forced to be part of a state-run system where the state sets the benefits, the funding assumptions and contribution rates. Both employees and college administration have little say in the system.

Underfunding in the system increased from $6.1 billion to $26.7 billion in the past decade. The isn’t the result of overly generous benefits but rather continual mismanagement of state liabilities by the Office of Retirement Services and the rest of the state’s administrators.

Educators outside of community colleges have been subject to the same mismanagement. State funding of school districts — which participate in the same retirement system — has increased less than for community colleges, though their enrollment has not declined as much.

Increased taxpayer funding on community colleges has been ineffective in keeping tuition low or boosting enrollment — a point that lawmakers ought to remember. From its fiscal-year 2007 recent low of $248 million, the state is now appropriating $396 million to community colleges. That’s an increase of $148 million, or 60 percent. (The 60 percent figure is higher than the 50 percent mentioned earlier due to differences in data sets covering student enrollment and tuition rates.) Administrators say that this substantial increase did little to help their financial situation.

Yet this ought not stop lawmakers from lowering taxpayer generosity to community colleges. The state keeps putting more in and not getting the financial or enrollment outcomes seen in other state institutions of higher education. Perhaps fewer dollars from taxpayers will encourage them to find ways to better serve students and taxpayers alike.