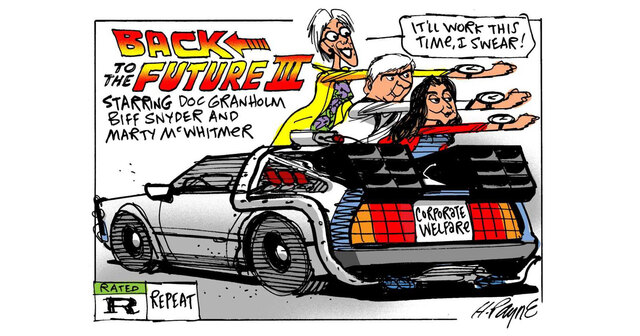 On May 21, the state approved a large set of corporate handouts for Fiat Chrysler Automobiles, which has said it would spend money on its manufacturing facilities in Michigan, creating, among other things, a new assembly plant. Such deals have been and remain unfair and unnecessary to Michigan’s well-being. The state should eliminate its corporate incentive programs in favor of a “fair field and no favors” approach to economic development.

According to one published report, the state has approved $223.5 million in incentives for the company over 15 years to subsidize investments it is making. The key state programs through which these fiscal favors will be delivered include the Michigan Business Development Program and Good Jobs for Michigan program, and separately, through a state property tax break.

The MBDP is a creation of the Gov. Rick Snyder administration and was designed to replace the large and failed Michigan Economic Growth Authority. Good Jobs for Michigan was sold as a way to help land larger projects. At the time, advocates said the state needed it to land a project from the Taiwanese telecom giant Foxconn. Wisconsin “won” that project but may already be losing economically, and the state’s new governor “wants to renegotiate.”

Incentives such as those given out by the MBDP are unfair and unnecessary. Ultimately, if the state wants to maintain or spend more on necessary assets and services – like better road infrastructure – then everyone else is on the hook for corporate handouts. They’re a transfer of taxpayer wealth from the many to the few.

For years, politicians have sworn that big subsidies were worthwhile because companies would not have moved to or expanded in Michigan “but for” incentives. But scholarly evidence has shown that incentives may not make a big difference in location decisions, and in particular, for the big firms.

Despite the continuing evidence for the poor performance of many incentive programs and deals, politicians still make excuses for them. Gov. Gretchen Whitmer dismissed the costs associated with the FCA deal by pointing to all the indirect jobs that will allegedly be created because of the government subsidies. “The incredible multiplier effect that will happen for our state is way beyond any investment that we’re making on the front end,” she was quoted as saying. This is a familiar refrain uttered by past governors, but it is hardly a truism.

The $223.5 million that has been offered up is money that won’t be spent on the roads, which Gov. Whitmer has claimed is her highest priority. The state must get out of the corporate handout business. It is profoundly unfair, ineffective and it siphons off money that would be better spent elsewhere.