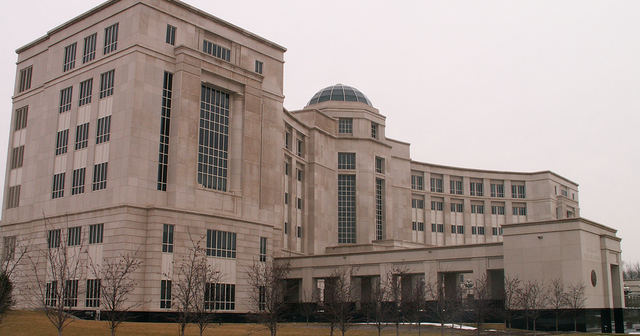 Salaries have been frozen for 15 years

Michigan Supreme Court Justice Robert Young Jr. just announced his retirement. Young served on Michigan’s highest court for 18 years, and you’re sure to hear lots of positive commentary about his service — and rightfully so. But there’s an interesting fact you probably didn’t know about him or his long-serving colleague Chief Justice Stephen Markman: They’ve likely received fewer pay increases during their careers on the court than any other public servants over the same period.

In the first couple of years of Young’s tenure on the Supreme Court, the State Officers Compensation Commission — the public body that recommends salary rates for certain public officials — awarded pay increases of 14 percent (2001) and 2.9 percent (2002). That pushed the justice’s salaries to $164,610, and that’s where they’ve stayed ever since.

Why the stagnant wages? It’s hard to pinpoint a single cause, but a contributing factor no doubt was a 2002 constitutional amendment that changed the process for increasing justices’ pay. After voters approved this amendment, the Legislature now had to approve the salary recommendations made by compensation commission before they would go into effect. And for a variety of reasons — Michigan’s economic doldrums of the 2000s, subsequent budget battles, government shutdowns, etc. — the Legislature has not approved any pay increases for justices for the last 15 years. This despite the commission’s repeated calls for raising these salaries.

The Legislature should reconsider this. Over the course of this long salary freeze, Michigan has changed its national rank for supreme court justice pay from 2nd highest in 2002 to 31st in 2017, according to the National Center for State Courts. Now, to be clear, the purpose of compensating justices is not to “win” a national rankings contest. But these rankings are nevertheless helpful, because Michigan does need to keep these salaries at a competitive rate if it wishes to attract and retain high-quality, professional judges that will serve the people well.

And the current salaries offered Michigan Supreme Court justices are on the verge of becoming uncompetitive. For instance, an aspiring state justice might also be thinking of pursuing a job in the federal courts. There, district judges make $205,100 and circuit judges make $217,600, 25 percent and 32 percent more, respectively, than Michigan Supreme Court justices make.

Even judges in lower courts in Michigan might soon start making as much or more than members of the state’s highest court. Historically, these judges’ pay was tied to Supreme Court salaries: Court of Appeals judges made 92 percent of Supreme Court salaries; circuit and probate judges made 85 percent; and district judges made 84 percent. But a new law created last year did away with this arrangement. Changes to lower court judges’ salaries will be based on what the Civil Service Commission approves for nonunionized state employees. With a growing economy contributing to increased government revenue, it’s likely that the commission will approve raises for state employees over the next couple of years. If that happens and no change is made to Supreme Court pay, Court of Appeal judges may be making more than justices on the Supreme Court.

With taxpayers’ interest in mind, my Mackinac Center colleagues and I are often critical of the type and amount of compensation government officials award their employees. We have argued that the way school districts pay teachers is outdated and harmful. We’ve said that the state could save more than $5 billion by right-sizing government employee benefits and that it should get out of the business of offering defined-benefit pensions. Finally, we just released a database of all of the salaries of public employees, so Michigan taxpayers can play watchdog to government employers.

But none of this means that salaries for public officials can never be increased. Governments need to offer competitive salaries to attract competent employees. In the case of the Supreme Court, the state may start to risk losing high-quality candidates because too many of them have more lucrative options elsewhere. The Legislature should consider this before continuing the 15-year-long salary freeze on Supreme Court justices.