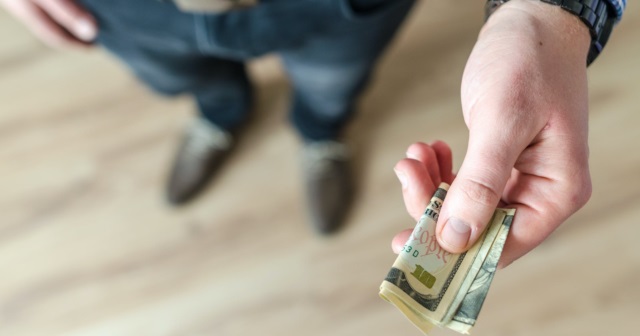 What’s it called if you bail someone out who’s not in trouble?

The state budget increased from $57.8 billion before the pandemic to $67.0 billion during it, with the increase due to federal relief efforts. The state received $10.2 billion more in federal funds while state revenues only decreased by $1.1 billion. Not all the extra funds can be used to backfill revenue losses, but there’s enough that it can be used to more than make up the difference.

Lawmakers have budgeted $2.2 billion more in state revenue for the current fiscal year. Spending is up, meaning that Congress can’t provide relief for revenue losses when there are no revenue losses.

The extraordinary level of federal relief is not in the fiscal year that started Oct. 1, but federal transfers for this year are $2.5 billion more than they were in the fiscal year before the pandemic started. This is an 8.2% increase when adjusted for inflation and expected inflation. 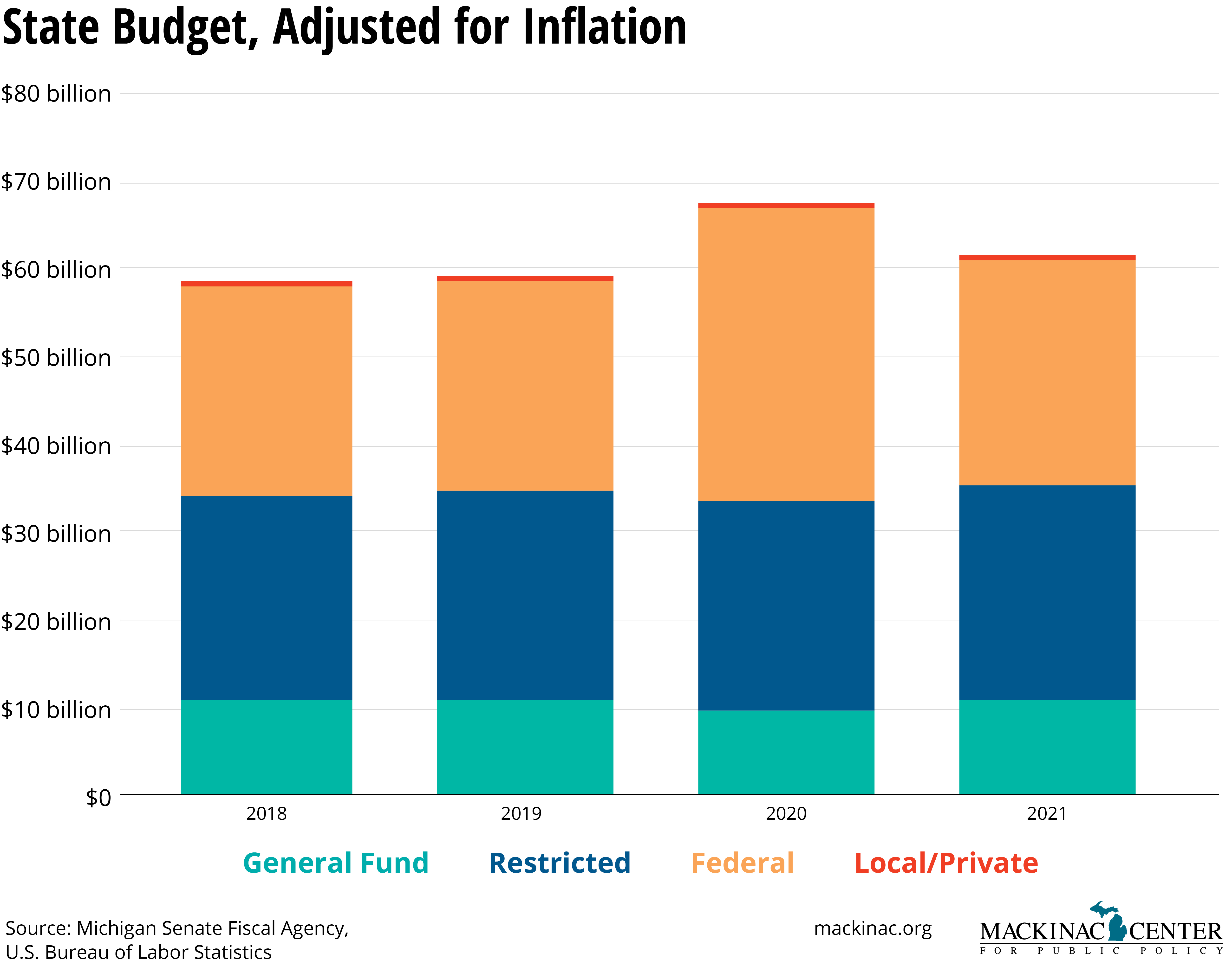 Spending by the Department of Health and Human Services is up the most, with a $2.1 billion increase; $1.8 billion of that is fueled by federal revenue and $330 million comes in added state spending. In September, there were 228,000 more people receiving Medicaid, the biggest program of the department, than there were in February. One motivation for the federal relief efforts was to ensure people remained eligible as their economic circumstances changed, and there have been increased federal transfers to go with that.

Other parts of the budget show that lawmakers are back to business as usual rather than navigating difficult financial straits.

They include $31.3 million in one-time project grants for things like renovations at the Governor Warner Museum in Farmington, repairing local tourist attractions in Centreville, and supporting the naval museum in Bay City, among other items.

The state’s taxpayer-paid Pure Michigan advertising campaign is back, with $15 million in general taxpayer support and expectations that local governments will contribute another $5 million. Lawmakers budgeted another $117 million to business subsidy programs, despite their unfairness and ineffectiveness.

Such extra expenses demonstrate that the state can afford to operate with less revenue.

And old squabbles remain. Despite broad bipartisan support for additional spending on roads, the transportation budget again includes less than it did before the governor and the 100th Legislature began their work, excluding federal funds. Gov. Whitmer has borrowed $800 million in money to pay for some additional roadwork. The bonds get repaid with fuel and vehicle registration taxes, money that would otherwise go to transportation purposes. The additional debt means that taxpayers will be spending $565 million in extra interest payments rather on than road repairs over the state’s borrowing period.

So with spending fully recovered and more fluff being added to the state budget, the case for additional federal relief for state government is thin. If there is additional relief necessary, it’s for the harms faced by residents rather than the indirect fiscal effects of pandemic precaution on state tax revenue. It’s not as if state lawmakers have budgeted like there’s no money for extras.