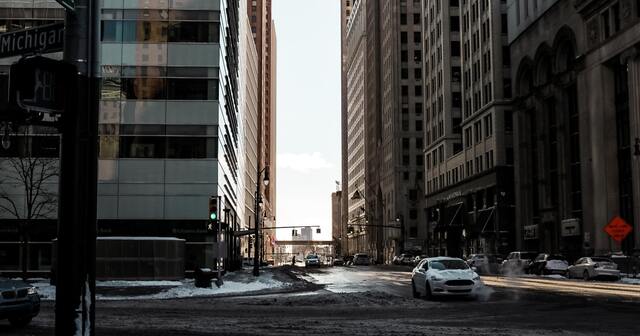 The state’s economic development program administrators have a new report out on their work from October 2018 to September 2019. It is a useful report that tells people about what business subsidies the state has offered and some of what has happened as a result. But the reporting is blended with self promotion by administrators of these programs and demonstrates why the Legislature needs to demand more transparency.

The biggest problem is that, despite the length of the report, there is no simple summary of how much taxpayers spent and what was achieved over the year. Instead, we get broad overstatements like this:

There is a difference between what is projected and what actually happens. They may have made 215 deals with businesses, but these deals don’t always turn out as planned.

For example, part of the 215 projects likely include Michigan Business Development Program deals, and there is data from tables in the report on what happens after these agreements are signed. Some projects go as planned. The majority have not. In fact, 288 of the state’s 494 deals fell short of expectations, so 58% of deals did not pan out as planned. Not everything goes wrong — 27% of projects exceeded employment projections, too. Nevertheless, this demonstrates that the deals state officials make don’t often happen as planned and fall short more often than they exceed expectations.

(This assessment excludes deals after September 2018 since businesses may not have had time to invest, hire and report back to the state for this report.)

Claims in the report that these corporate handouts increased state revenue by $4 billion are also exaggerated. The economy — at least until the coronavirus epidemic — has been up. It’s not up by $4 billion in the past year, let alone because the state gave out money to select companies.

The claim made in the report comes from economic modeling on state deals that assume that every deal goes as planned, add benefits from ancillary economic activity, ignore all related costs from these programs, and assume that businesses would have done nothing if they were not handed a subsidy. They also include gains from their estimated future economic effects, which is partly why the number is so large.

The program administrators continue to confuse job growth with jobs moving around the state. They promote their efforts to assist Detroit automakers, for example, and highlight the projects with them that they claim will create over 11,000 jobs.

There is a reason to be skeptical of the claim. The number of auto and auto part manufacturing jobs in Michigan has been stagnant since 2015 and is still just a little more than half of the peak levels in 2000. The auto job creation probably won’t show as an increase in the auto jobs data. That’s in addition to the basic problem that announced deals often fall short of expectations.

It’s possible that without state actions the auto industry might be consolidating, and state efforts could encourage that consolidation in Michigan. This is not the claim made by administrators, but it’s worth considering. Michigan’s share of national auto jobs, however, has been the same since the end of the recession, so even if the unstated claim is a sign of state efforts, it also hasn’t shown up in the data.

When it comes to reporting on the programs instead of their promotional work, the report still maintains the same problems in previous reports. There’s a lot of data, but it released six months after the period it covered ended. Timeliness of reporting has been a concern we’ve recommended improving since 2005.

It still leans heavy on reporting what is offered and less so on what happens afterwards, an issue we highlighted in 2009. Some of the basics of reporting on projects — what was awarded, what was received, and the jobs and investment that actually happen in projects — remain absent, something we noted in 2016.

To their credit, the report seems to reflect a number of concerns raised by the state’s auditor general’s reviews of their performance. In addition, newer programs tend to have actual performance information available more than older programs.

Perhaps the state ought to reconsider having administrators compile reports about their own performance. Good Jobs First, an advocacy group skeptical of business subsidies, found that all states could improve their economic development transparency but ranked states based on what they provided. Illinois was the leader of providing people with useful information about its select subsidy deals. But Illinois’s transparency comes not from the programs’ administrators, but instead is provided by people outside of the direct administration of the programs.

It’s understandable that our economic developers want to promote their efforts. But taxpayers deserve transparency over the programs, and that requires reporting about what administrators are planned to do, what they actually did and what happened as a result; warts and all.