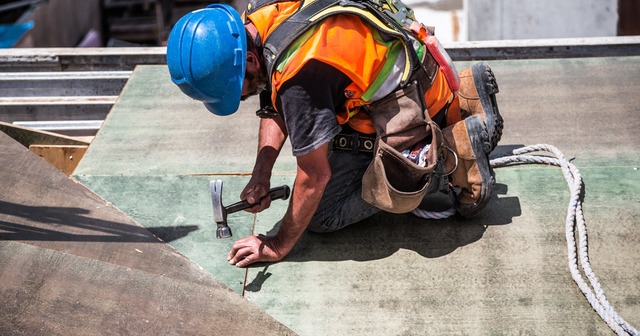 The bulk of research support these findings

In 2015, Indiana lawmakers repealed the state’s Common Construction Wage law — more readily known as a prevailing wage. These laws, which are in place in about half the states, mandate that government entities (state, cities, counties, public schools) pay union wages on their construction projects.

Unions are opposed to repealing laws that work to artificially raise the price taxpayers pay for public infrastructure. But in recent years, Wisconsin, Kentucky, Michigan and Indiana have done just that. The key union argument for prevailing wage is that giving more money to workers means more money in the economy, which leads to growth.

A 2018 report from the Midwest Economic Policy Institute, a union-backed research organization, seemed to back them up. It found that the repeal of the law led to a fall in construction wages — a finding that received wide attention and was cited by the media and some lawmakers.

But it runs counter to the bulk of the research coming out in the years since the repeal. The Mackinac Center also attempted to replicate MEPI findings using the same data and measuring technique and found little support for its contention that wages fell.

Part of the law that repealed Indiana’s prevailing wage mandate required the state to measure the effects of moving to market-based wages for public construction projects. A just-released Indiana Department of Labor report looked at the cost of projects and the wages and number workers hired for these jobs. It found that it could not determine if the law made a difference to the overall cost of public projects because of a lack of good data.

So, how can these findings differ so greatly? It comes down to choices about data and methods, and the union-supported study relied on poor data and inappropriate methods.

The core finding in the union report is that Indiana construction wages fell 8.5% from the year before the change, from 2014 to 2016. But this relies on a seemingly cherry-picked use of data. MEPI used a survey of 250 people — a selected part of a federal government database — to make assumptions about the wages of 160,000 workers. Using more comprehensive quarterly data from millions of employers, construction wages are shown to have risen.

The union paper also compares the average bids on construction projects before and after the state’s repeal of the law without adjusting for the type or size of these projects. It would equivocate projects as different as upgrading a single school and building an entirely new campus. It also does not adjust for the cost of materials on these projects, which make up the majority of the expense. This is not a good analysis.

Prevailing wage laws mandate higher costs on construction projects, which economic theory and common sense suggests would raise the price of those projects. The best way for the government to build roads and construct school buildings is by putting them out to bid and accepting the best proposal at the best price. That’s what the repeal of Indiana’s law has done, and it has coincided with rising wages and more construction jobs.