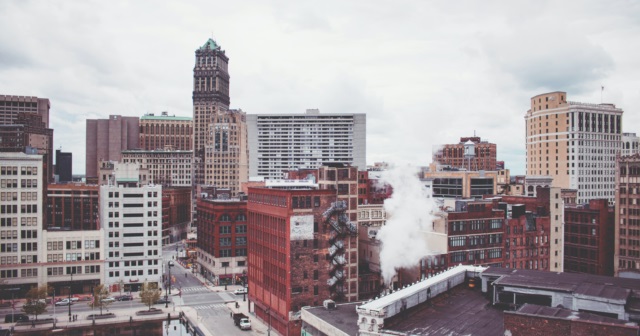 Editor's Note: This article was first published in Crain's Detroit Business on August 30, 2020.

Each year, the state of Michigan's economic development programs had to offer hand-selected companies almost $594,000 for each job these programs created. That's one finding in a new study from the Mackinac Center for Public Policy.

To measure the impact of state economic development programs, we constructed a database of thousands of companies incentivized by the state of Michigan. We then tracked their employment records over time.

Of nine incentive programs studied, only three produced a positive result, but it is a very costly one: more than a half a million dollars offered to produce one job.

The other programs produced no impact. One such is the state's so-called renaissance zones. They should be eliminated in favor of better and more broad-based policies.

Renaissance zones are areas or enterprises the state designates for special tax relief. There are several major types of renaissance zones. One specific type of zone — no longer granted — is the tool-and-die recovery zone, which was born in the early 2000s and announced by Lansing politicians promising "to fight for every Michigan job."

In January 2016 two research units at Michigan State University — the Center for Economic Analysis and the Land Policy Institute — jointly published a report about the state's renaissance zone program, with some emphasis on tool-and-die recovery zones. The report was commissioned by the Michigan Economic Development Corp., a state agency that helps run the program. The overall findings were mixed, and researchers said, "We could not conclude that the Tool & Die Recovery Zone program enhanced employment growth for Michigan's tool and die sectors, but neither could they confirm that no impact was present."

In 2010, the Anderson Economic Group examined a number of Michigan-specific incentive programs, including renaissance zones, and compared their impact against a broad tax cut. AEG found at the time "that Michigan has 12,806 fewer jobs and over $260 million less in earnings than it would have" without the renaissance zone law.

A December 2005 doctoral dissertation by Western Michigan University graduate student Yuanlei Zhu, titled "An Evaluation of Renaissance Programs of Michigan," found that employment effects were not significant for manufacturing and large firms. They were, however, positive for service firms and small firms, with an increase of 9 percent and 3.8 percent, respectively.

That seems like the extent of the good news, however, as Zhu also reported that the "[renaissance zone] program appears to cause the real wage to drop by 10.8 percent for manufacturing firms, by 11.7 percent for service firms and 6.5 percent for small firms. In addition, being in a renaissance zone did not increase the viability of a business.

A 2003 analysis by Gary Sands, professor emeritus at Wayne State University, reported some positive effects from Michigan's renaissance zones, such as lowering costs of existing businesses. Sands noted that "as a tool for the redevelopment of geographic areas, the potential of the Renaissance Zones seems limited." The data, he added, was insufficient to do a full assessment of the costs and benefits of Michigan zones.

Given the existing evidence on renaissance zones in Michigan, it would not be unreasonable to end them in favor of broad-based policies, such as personal income tax cuts for all, instead of those with whom lawmakers and their lieutenants have found special favor.