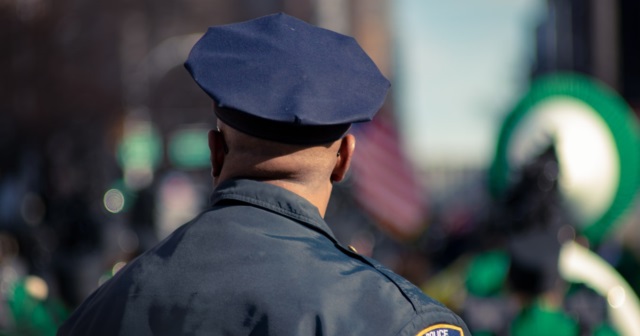 In the national debate on police reform, many proposals to date have focused on additional training for law enforcement officers and bans on particular restraint techniques and weapons, such as rubber bullets and tear gas.

As valuable as these ideas are, they won’t do much to make police act responsibly unless state and local policymakers intervene and fix the police disciplinary processes. After all, what good is training without effective sanctions for ignoring it?

In almost all of America’s largest cities, police disciplinary processes are addressed by collective bargaining agreements between a unit of government and a union representing the officers. Police unions draw on their rank-and-file volunteers and dues to get heavily involved in local elections that pick the people who will negotiate and ratify their contracts. Researchers have found the result is that disciplinary processes tilt toward protecting bad cops.

First, many contracts impose unreasonably short time limits on when someone can file a complaint about police misconduct or how long a complaint can be investigated. In Austin, Texas, the chief of police cannot take disciplinary action against an officer if an investigation takes longer than 180 calendar days. The deadline is even shorter in cities such as Glendale, Ariz., and Hialeah, Fla. By a 61 percent to 19 percent margin, our respondents disapproved of a 180-day limit on such investigations.

Second, many contracts give police officers protections greater than a civilian’s Miranda rights and prevent them from being interrogated immediately after an incident. Sometimes they restrict how, when or where police can be interrogated. Detroit’s police contract allows 48 hours’ notice before an officer can be interviewed in a noncriminal investigation or required to “make a written statement in response to any alleged misconduct or possible misconduct.” Our respondents objected to such preferential treatment, 67 percent to 20 percent. Miami’s contract goes even further, delaying interrogation of an officer until all other witness statements have been taken.

A particularly troublesome provision in many contracts requires cities to put officers accused of misconduct on paid leave during an investigation and to pay the full cost of the officer’s legal fees and any judgment or settlement. Article 24 of the Saginaw, Mich., contract, for example, commits the city to “hold each officer harmless from all claims or judgments” granted by any federal, state or local court. Baltimore, Baton Rouge and Chicago are among the cities with similar provisions; Jersey City’s precludes city payment of punitive damages.

Only 15 percent of the Mackinac survey respondents believed it appropriate for local governments to pay for an officer’s legal defense, while 16 percent supported paying an officer’s legal judgments or settlements. The rest believed the union to which the officer belonged should pick up at least 50 percent of these expenses, and over 40 percent believed such costs should be borne entirely by the union. This likely would be done through the union’s buying professional liability insurance for each of its members.

Lastly, in perhaps the most egregious example of bad policy, some contracts prevent information on past misconduct investigations from being retained in an officer’s personnel file. Detroit’s contract requires the department to remove records related to an officer’s referral for counseling by the end of one year and an officer’s written reprimand by the end of two years. Cleveland’s contract removes verbal warnings and written reprimands after six months and “all other disciplinary actions or penalties” after two years. Several contracts from smaller Michigan jurisdictions prevent management from taking into account previous infractions or disciplinary actions more than two years old.

When Michigan voters were given a list of options for how long disciplinary records should be kept in an officer’s personnel file, 62 percent responded “permanently,” and 26 percent supported a period of three to five years. Only 9 percent believed that removing the records within two years was appropriate, and 4 percent favored one year or less.

Ideally, local officials should immediately reopen and renegotiate these contracts to remove such anti-disciplinary provisions — or to remove disciplinary processes from collective bargaining altogether. And where the local will to do this does not exist, state lawmakers have the obligation to step in and preempt them on a statewide basis.

Sustained protests across America followed the scandalous actions of an officer in Minneapolis involved in the death of George Floyd, on the heels of many other such deaths elsewhere. State and local leaders across the country have the responsibility to act now, before an action by one of their own officers ignites another episode of prolonged fury.

Completing the Fix for Police Accountability