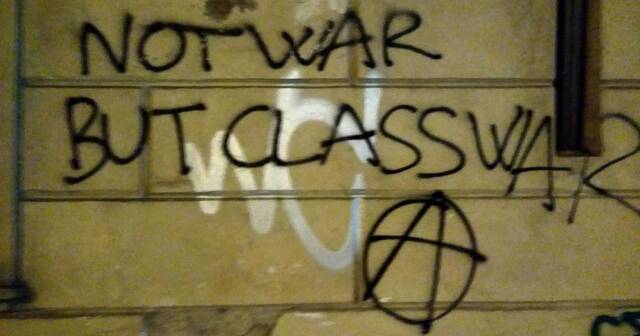 This article originally appeared in The Hill September 3, 2022.

Workers have been trying to unionize Starbucks, Amazon, news groups and automakers, sometimes successfully. This has caused commenters to wonder — again — whether this means unions in America are back.

They aren’t. They won’t be until they drop their ideological shtick that has hurt their prospects for decades.

The unions that exist right now are built around hostile relationships with companies and are uninterested in finding “win-win” situations that protect workers by adding value to companies. We need better unions. But we’ll have to change unionization laws for them to have a chance to emerge.

The current approach to unionization relies too heavily upon a victim narrative. Under this view, those who are not in a union are at risk of oppression by employers, and only collective bargaining can even the scales.

These assumptions underlie current union practices. Managers empowered to reward performance might abuse that power through favoritism, so all wages must follow single salary schedules based on seniority rather than performance. The precise length of breaks, and their frequency, must be spelled out in detail. Leave time is categorized and classified, with fixed accrual rates and maximums based on seniority. Where applicable, collective bargaining agreements often specify the type and number of uniforms to be provided to employees, as though an employer would not otherwise provide them.

These practices are not in response to management problems in union shops. They are instead based on union leaders’ assumptions that managers are abusers who can only be cowed with precise bureaucracy. In that kind of oppressive world, only the union can be trusted.

Their assumptions bleed into union politics. To union leaders, there’s a corporate bogeyman behind every policy and every problem — and only the union can combat them to ensure that the working man gets a fair shake.

The fact that typical household income continues to increase as unionization rates fall is a demonstration that the world is more complicated than the oppressive union economic model.

This isn’t because the concept of unionization is unpopular — far from it. Unionization as a concept remains broadly popular, including across party lines. The problem is simpler: Unions continue to operate based on a decades-old approach to labor relations. That might be the kind of rhetoric that works when labor is cheap and people don’t have many options outside of the big industry in town. But it doesn’t fit in today’s economy.

Unions continue to operate in an outdated model of hostility between workers and management. And they continue to bleed members as a result.

If unions wish to reverse the trend of declining membership, they need to fundamentally reorient their approach to labor relations. Either that, or new unions need to spring up without the ideological baggage of existing labor groups.

They need to leave behind the model where they treat all members as oppressed cogs and move to a model where they provide valuable services to their members and find ways to make union membership valuable for companies. It would be better to shift to an approach where unions serve as professional organizations, advocating for their members’ interests and providing tools for members to collaborate. Unions could train their members, award voluntary certifications, offer insurance, and provide assistance to employees negotiating their own terms and conditions of employment. In short, unions need to step forward into the 21st century.

Congress should revise the National Labor Relations Act (NLRA) to allow for workers and unions to work with managers, without the assumption that the relationship will be adversarial. This includes amending the NLRA to eliminate the requirement that employers be forced to bargain against their will, while at the same time allowing multiple unions to serve the needs of employees within the same bargaining unit.

These steps would create the legal framework necessary for unions to step forward into a modern approach to labor relations. But unions also would need to forgo their traditional approach of negotiating on behalf of all employees, instead choosing to negotiate only on behalf of their members. Unions then would need to demonstrate why membership is beneficial by providing value that workers consider worth their dues, rather than forcibly representing those workers. The end result would be more competition, better representation, and increased worker freedom.

Unions leaders must drop their assumptions that everyone is out to get their members. And if they do, labor law can change in a way that supports voluntary, mutually beneficial association. But until they drop their ideology, union activists shouldn’t expect things to change.