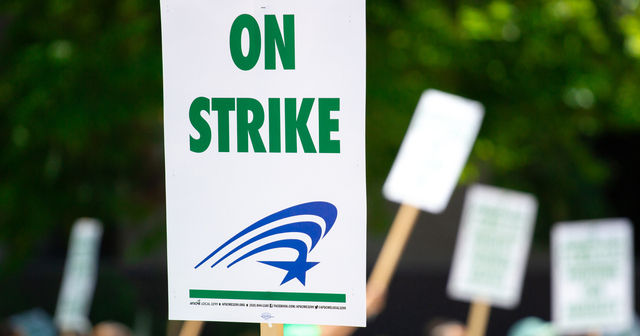 They’re at an all-time low in modern history

There has been a lot of recent coverage about unions making a comeback. Organized labor has been trying to organize media companies, Starbucks, Amazon, southern automakers and more.

The New York Times reports, “After decades of declining union membership, organized labor may be on the verge of a resurgence in the U.S.”

The problem? These stories rely on anecdotes, small sample sizes and short-term assumptions.

And rumors of union recovery have been turning out to be exaggerations for decades.

“Labor’s Labors Not Lost” – How the movement has “sprung back to life” Steven Greenhouse, New York Times, May 12, 1996

But the data trump these anecdotes. And the data show that union membership continues to decline. 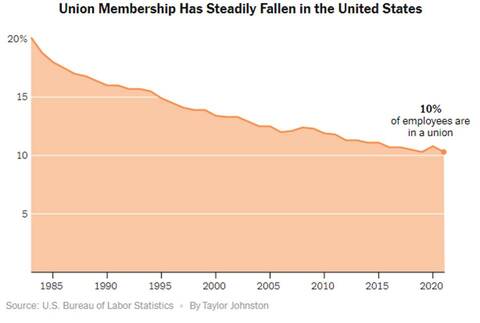 Indeed, union membership in the United States now stands at the lowest level on record, driven by more states passing right-to-work laws. Michigan, which began allowing a choice in union membership a decade ago, has fallen outside the top 10 for the percentage of workers choosing to belong to a union.

Nearly all major unions in the “birthplace of organized labor” have lost a huge number of members. The Michigan Education Association is down 31%. Michigan Teamsters show a loss of 32%. The state AFSCME branch is down nearly 50%. And SEIU has lost almost two-thirds.

A decline in manufacturing employment drives some of this loss. But over the past decade, several states began offering workers a choice about whether they need to join a union when their workplaces are unionized. And public sector workers in all 50 states now have this right. This choice means many are choosing to leave.

Unions have said that they’re on the upswing for decades. The data on the number of union members say something else.