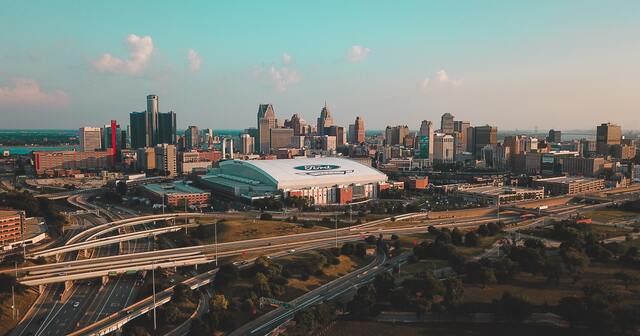 More people walk to work in Michigan than use public transit

Elected officials in Southeast Michigan want to put another tax hike on the ballot to pay for more bus lines or whatever else they may fit into their tax-and-spend transit plan. They also want state lawmakers to change some of the rules about funding transit before they seek to get it approved. Transit supporters should instead try to find out how to make the transit they already have work instead of asking for more money.

Transportation policy should be about helping people get where they want to go efficiently. Transit plans ought to be focused on fixing or reducing the specific problems of people with real transportation needs.

Yet, the metro Detroit plans tend to be just a list of how things officials plan to spend the money on. They propose to create dedicated bus lanes or new routes or rail commuter lines, and typically overpromise ridership numbers and underestimate costs. The services may give some people what they want at public cost, but the focus of the plan is clearly just to spend more money on transit-related projects rather than focused on getting people in need where they want to go.

But even with those different agencies trying to run routes that people want to take, or the fact that transit fees typically cover less than 20% of the operating cost, more people walk to work in Michigan than use public transit, according to the U.S. Census Bureau.

Perhaps this is because the transit options already available are unattractive, and therefore, maybe the new proposed ones might be valuable. But that implies that the agencies could work together to meet people’s needs with the money already available — no need for a new regional transit tax.

It seems that these agencies are already exploring some kind of regional transit cooperation with the resources they already have. One idea is a possible express bus route between Ann Arbor and Detroit, where administrators hope to demonstrate that people will want to use it.

Reorganizing or expanding services is difficult because the basic problem with public transit is that it is a subsidy-seeking enterprise. That is, transit agencies don’t earn more revenue by getting people where they want to go, they instead get it by convincing lawmakers or local voters to give them more money.

If bus fares instead paid for these services then there wouldn’t be a need for public subsidies. Managers would place bus routes where they maximize revenues and pay for their costs. Public subsidies may look different, too, if transit agencies were self-sufficient. Subsidies could be for people who have special transportation needs or used to just benefit low-income households. Instead, today’s public subsidies go to pay for these services, regardless of who is using them and regardless of whether they do a good job getting people where they want to go.

And until that basic model changes, adding new transit taxes won’t solve any problems and only cost taxpayers more. It’s about taxing and spending. If proponents’ plans get placed before voters, they ought to be skeptical that their money will be used well.