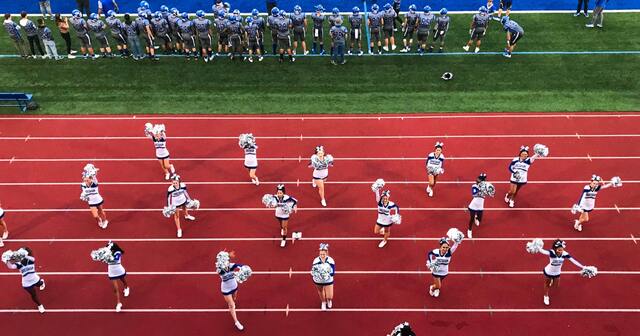 Public Servants Should Deliver More Than a List of Adjectives

Cheerleading a program without providing evidence is not enough

A business subsidy program — which supporters called “Good Jobs for Michigan” — expires at the end of the year and there was a Senate committee hearing to extend it and eliminate its limits. Mike LaFaive covered the basic problems with the program in his testimony. The Michigan Economic Development Corporation’s Chief Executive Officer, Jeff Mason, defended the handouts in his remarks to the committee. But there was something missing from his presentation.

He said it was an effective tool.

He said it widens the state’s portfolio.

He said it strengthens the state’s ability to compete.

He said it was invaluable to retaining a Fiat-Chrysler plant.

And he said it was instrumental for landing five business projects.

If the program is effective, proponents such as Mason should state the standard by which it is effective and demonstrate that it meets this standard. The closest he gets is to seemingly imply that the fact that companies apply for state support is evidence that state support is effective, but that’s a faulty standard for the effectiveness of a job creation program. They ought to be measured at whether they can cost-effectively increase the number of jobs, compared to all the possible uses of this spending. Mason did include a bit at the end of his presentation about how the program pays for itself — that is, the subsidized firms increase tax revenue on net —but that relied on a misinterpretation of the analyses used to make the point.

Evidence that it widens the state’s portfolio would need to cover the different economic development programs the state has. It seems like he might be able to support this point. The state has a number of programs, but none that involve this much of a transfer from taxpayers to companies, or for as long. But the size of the program may get in the way of its effectiveness.

Evidence that it strengthens the state’s ability to compete would require reviewing what other states offer. Not all of them are as generous as Michigan is already.

Its invaluableness to the Fiat-Chrysler plant would require assessing what would have happened without state support. That gets difficult because it involves speculating about something that didn’t happen. But this is a key question surrounding the effectiveness of programs like these. If companies would have done the same thing without state support, then the state support is wasted.

That same evidence would be required to demonstrate its instrumentality on other projects.

The MEDC is a public entity and evidence-based arguments ought to be expected from public administrators. They ought to at least outline the supporting evidence for the points if the program is justified. They are public servants, after all, and when they present to voters’ elected representatives they ought to make the strongest case they can for why they’re making the best possible use of taxpayers’ money.

And that’s the kind of thing that should be delivered by our state administrators. They shouldn’t simply be cheerleaders for their programs. There are other people for that.

It would be unfair to ask for them to provide a neutral and unbiased assessment of the program, though. It is a good thing when state administrators are passionate about their work, and the public should want them to share their experiences with their programs when evaluating them.

In lieu of evidence, however, you have to take their word on faith. Mason’s testimony made administrators sound like lobbyists for their own programs instead of public servants. And that is not what the public hires them to do.