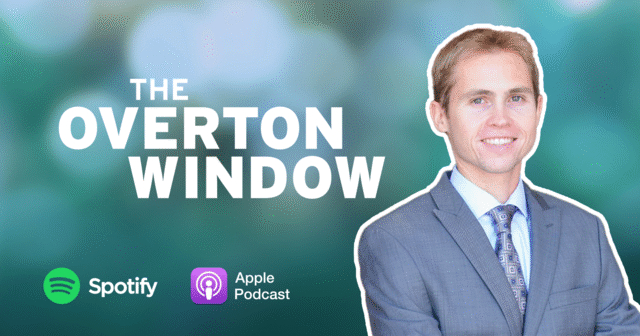 Arizona became the second state to offer all school age children an education scholarship that their parents can use to support their education as they choose. I speak about it with Matt Beienburg of the Goldwater Institute, a free market think tank in Arizona, on this Overton Window podcast. He also talked about how this scholarship can change the face of education.

“Instead of having taxpayers spend what they would have to send students to a public school, they take a part of that funding to go into an account that is specifically designated for your child. And then those funds can be used for any educational purpose for that kid. That can be tutoring, private school tuition, at home curriculum, text books, special education therapies — essentially one of these designated educational uses. Now the family controls the actual use of the funds,” Beienburg says.

Arizona lawmakers created this scholarship program in 2012. It was the first in the country, but it limited eligibility to a select students: special needs students, kids whose families served in the military, children in the foster care system, or lived on Indian reservations.

This year lawmakers made it available to every student. They did so in part because Beienburg and his colleagues made the case that the scholarships were working. “We have real families who are on the program right now who can talk about their experience and say, ‘This is actually serving my child today. Here’s how it’s helping,’” he says, “Instead of being an abstract debate over a different approach for education, we have proof of concept.”

Still, it was a fight to expand eligibility. Republicans are more sympathetic to the institute’s recommendations than Democrats; and while there was support from their Republican governor, there were thin margins in the legislature. “We only have a one-vote majority of conservatives in both chambers of our legislature, so there’s not a single vote to spare given that left wing lawmakers have essentially aligned themselves with the teachers unions and opposed virtually any form of school choice,” Beienburg says.

The COVID-19 pandemic helped gain them more popular support from parents for scholarships. Schools would close, or only open with mass quarantines and mask mandates that disrupted the educational environment. “Families in Arizona and elsewhere were desperate for opportunities, a lot of them flocked to charter schools,” Beienburg says. It increased public interest in alternatives.

As a researcher and advocate, Beienburg was there to promote expanded eligibility and to respond to concerns that legislators had about expanded eligibility. “Goldwater helped pioneer the original ESA program back in 2012 and we have been down at the capital basically every year since then, educating members, testifying on this bill, identifying the areas where the program can be strengthened,” he says.

It’s the kind of thing needed to get this across the finish line when the political environment changes. “There were members who had voted against school choice in the past who voted for it this time around,” Beienburg notes.

He believes that expanding scholarship eligibility can change education in Arizona. It makes private school options possible for more people. It makes homeschooling easier. It even makes it possible for families to come together to make a microschool, where they pool their scholarship money to hire a teacher of their choice. “I think we’ll see families across the spectrum who are excited to use the program now,” Beienburg says.

Microschools make a lot more sense to both parents and teachers when parents get to direct school funding. “It’s about $7,000 per student, so if you had an instructor with 10 kids and the families said, ‘We would like to put that money toward you as essentially the teacher for our kids,’ then it would be $70,000 for the instructor,” Beienburg says. He notes that the average teacher salary in the state is around $55,000 dollars.

The political activism of teachers unions also propels parents to find other options than conventional school districts. “Teachers unions continue to hijack education and turn it away from its goal of educating students and turn it into political activism and social justice as opposed to academic enrichment. Then you see more families move toward these models, who say, ’We are looking for something that’s going to put the needs of our kids first,’” Beienburg says.