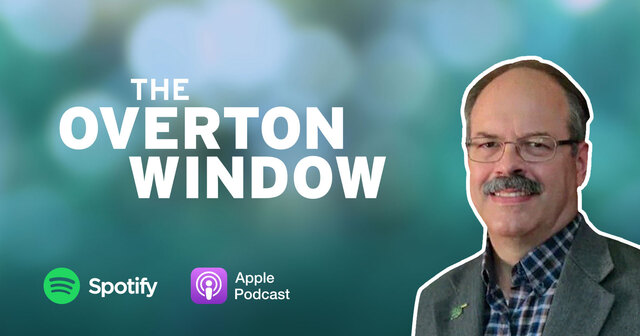 Byron Schlomach on the power of research in public policy

The Overton Window podcast has covered a lot of tactics that can help people change policy. Compelling and clever messages can build momentum on an issue. Litigation cannot be ignored. People can make their case directly to lawmakers. But there is no substitute for knowing how a policy works, and for the Overton Window podcast, I spoke with Byron Schlomach. He has decades of experience in research and writing on policy for free-market think tanks in Texas, Arizona and Oklahoma.

Schlomach centered our conversation around his work on private certification as an alternative to occupational licensing. Currently, states mandate that people in different professions, from barbers to airline pilots, but especially in the health field, get a government license to work. This is ostensibly done to protect the public from unqualified people engaging in a trade that can hurt their customers. There are a lot of problems with this, Schlomach argues. It is a barrier to entering a profession, and it foists the current workers’ values on their competitors, for instance.

Schlomach recommends that workers instead seek certifications from private organizations. “The idea there is to create a fertile institutional structure in the states for various organizations to train or certify people for certain occupations. Basically, to give them a seal of approval that they’re qualified to carry out those occupations,” Schlomach said. “I think it would ultimately create a better outcome.”

Customers can check to see if someone is qualified to do the job by looking for optional certificates rather than mandatory licenses. “Markets historically have done a better job of showing how qualitatively what’s best for people and what people really desire,” Schlomach said. “I’m trying to counteract that with private certification by creating a system that preserves the good thing about licensing. There is one good thing about licensing and it provides shorthand information — qualitative information. And it’s not always accurate, nothing in the world is perfect, but that shorthand information benefits both sellers and consumers.”

Before he could develop a solution and advocate for it, he first had to understand the issue. “I actually had the private certification idea when I was in graduate school. Yes, I’m old enough that that’s decades ago,” he joked. He read a book from the Cato Institute that was critical of licensing, and he started digging into it.

He found that a number of academics had studied the issue and wrote papers on it. “The research in economics is overwhelming that licensing is a negative,” he said.

So he worked to develop a solution. “A lot of it had to do with how to protect credentials.” He came up with a market-oriented approach: Have private organizations compete over the quality of the paper they issue to workers who seek an outside organization’s approval. To be effective, he thought, it was necessary that people who improperly claimed a group’s credentials would be subject to criminal fraud charges.

He has published the result of his research in studies that take an extended look at the issue. He included citations so that curious or skeptical readers can check his work. But he doesn’t expect that papers by themselves will change policy. Instead, he writes them to establish that he has something important to say. “I’ve become increasingly convinced that papers are to establish credibility, because hardly anybody reads them,” Schlomach said.

He also tries to get his message out through his organizations’ blogs, noting again that this is often for a small audience. “Let’s be realistic: Even then you’re talking about a minority of the population that reads those kinds of blogs,” he said.

Because the audience for people who want to dig into an issue is small, he has some advice for maximizing the chance the message lands: “Write in a way that’s entertaining but also informative.”

Another way that policy people can have impact is through meeting with policymakers. But there are limits to legislators’ interests, too. “They want people who are going to help them pass a bill; otherwise, they really don’t care that much about what you have to say,” he said.

He’s encountered a lot of resistance to his recommendations. The lack of experimentation in alternatives to licensing has made some lawmakers reluctant to try them. All 50 states have some type of licensing regime, and none of them has experimented with replacing it with private certification.

He also runs into a conventional problem in public policy: The people who benefit from the current policy fight hard to keep it while the people who would benefit from the solution don’t have much incentive to change the system. “No matter how rotten and useless it might be, [potential customers] only pay a pittance for that program. But there are a small handful of people who get a huge benefit from it,” Schlomach said.

To surmount this opposition, he recommends persistence. “Don’t stop. Keep talking to people. Keep promoting the idea,” he said.

It’s important to change the current licensing system, he argues, because it restricts our freedom. “The main thing I’m trying to accomplish is to have people reach their maximum potential—economically, socially, just in terms of their satisfaction in life,” he said.