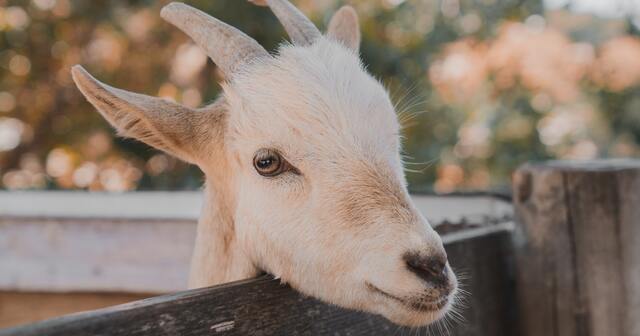 “Whenever you mention it, you just kind of laugh, right?”

The initial reaction people have to goat milk was enough for Brett Kittredge to get public attention for the importance of freedom in commerce. Kittredge, then-director of communications for the Mississippi Center for Public Policy, had learned that lawmakers in his state were thinking of banning the sale of goat milk, which was already severely restricted.

Unpasteurized goat milk is in an interesting and limited market. Food products are subject to federal Food and Drug Administration safety regulations that call for pasteurization, where high temperatures eliminate food-borne pathogens. FDA regulations only restrict interstate commerce, however, leaving state lawmakers with the option to allow raw products to be sold for consumption within their borders. Some states are more permissive than others in the sale of raw milk, goat or otherwise.

At the time Kittredge learned about the proposal, Mississippi allowed raw goat milk to be served, but with severe restrictions. Producers couldn’t market their product online or have more than nine goats. The product couldn’t be sold in stores, either.

But some lawmakers wanted to go further and eliminate the tiny amount of freedom consumers and farmers had, introducing a bill to ban all sales.

Goat milk had not been an issue for Kittredge and his colleagues. But an attempt to ban the sale of a product caught their attention. They wrote a short blog post on why it was bad policy and created a graphic to highlight the problem. It’s a standard defensive move — there’s a bad bill on an issue you care about, so you let people know why it’s bad.

Stopping the bill, however, would take work. A ban on goat-milk sales would be within the Overton Window, given that the freedom to sell raw goat milk was already highly regulated, and the bill to ban it didn’t raise lots of objections in a legislative committee hearing.

But it turned out that a lot more people were interested in the issue than Kittredge expected. The article and graphic helped engage the small but passionate group of people who sold goat milk, as well as their customers. They read the material from Kittredge about how lawmakers wanted to ban the practice, and they got engaged with the Mississippi Center for Public Policy.

They were a sympathetic group of people, too. Kittredge was able to get one goat farmer to appear in a video, in which she talked about how her family depends on milk sales for some of their income. She brought goat milk for everyone to try. She shared her story about how the ban would affect her. While the video addressed a serious problem, Kittredge notes that it also carried a fun tone. It highlights the idea that informed and consenting adults may want to try a product that might be a little more risky than the stuff you get at stores, but is still an acceptable choice. “A little bit on the sweet side; lighter in some ways,” he noted after taking a sip.

The people of the policy center found that there was interest in the subject, and they worked to broadcast their message. It became one of their most popular issues for the year.

This new skepticism of the proposed ban was enough to stop the bill, even though it had already gone through one legislative committee. The story has implications beyond goat milk sales. “If they [legislators] can hear from a good chunk of people saying they want this, I think it can have an impact,” Kittredge told me.

This is good communications work: Finding an issue that affects the principles of organization. Bringing it to people’s attention and seeing it resonate with an audience. Then getting that audience engaged and pointed in the right direction. This can shift the Overton Window on an issue. Kittredge and his colleagues did just that and kept the sale of goat milk legal in Mississippi.