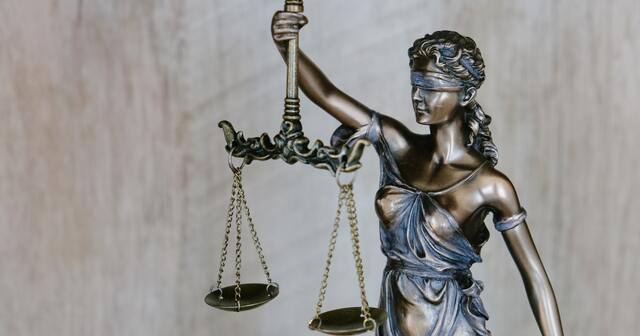 “So We Sued Over This”

The ACLU’s Kim Buddin on How Litigation Changes Policy

It’s easy to ignore arguments made in the public debate. No one forces you to pay attention. But on some issues, policy advocates turn to a strategy that cannot be ignored: Litigation.

Filing lawsuits on behalf of clients can win important policy victories that can also grab the attention of voters and turn into legislative victories. I spoke with Kim Buddin, policy counsel for the American Civil Liberties Union of Michigan, which has had decades of experience in turning litigation into changes in policy.

The ACLU is well-known for being on the political left on many issues. And the group and the Mackinac Center have had some strong differences. But the two have also worked together to advance many key, free-market policy reforms – like limiting civil asset forfeiture, cutting back bad licensing and regulatory restrictions and enacting many criminal justice reforms.

The ACLU is very effective at tying legal cases to policy reforms. Key leaders in the organization start by selecting the issues that they care about. Then they try to find people who have a good case to make — “impact litigation” that can have a widespread effect on the legal environment.

Buddin notes that ACLU staffers do not have a dearth of potential clients on the issues they care about, and part of that is having an established reputation. “I think we have a lot of great relationships with partners. We have so many people that we work with, so many different organizations, whether it’s in the prison system, in the communities, and we have a lot of volunteers that have worked with us over the years, so we are able to utilize those relationships,” she remarks.

She points out that a lot of this is online now. People who think they have a case that the ACLU of Michigan might be interested can let the organization know here. One of Buddin’s colleagues sorts through all of the complaints. Selected cases then go to a lawyer’s committee and legal team to see if they have an interest, and whether they have the capacity to take it on. They work on a lot, after all.

Sometimes their reputation means that people don’t understand that they work on more than just free speech issues. “We’re not your grandmother’s ACLU anymore,” Buddin says, noting its wide breath of issues.

Her job is to advocate directly with the Legislature for issues that the organization cares about. But it doesn’t always work. “We try really hard to get new laws in place and [often] there’s just not the political climate for it.” And when that happens, the lawyers may end up going to court.

Buddin cites early COVID-19 protections for incarcerated people as an example. Awaiting trial, she says, ought not be a sentence to a potentially harmful disease, and people held in jails should be given some protection through isolation, and proper care if they did get infected. Her colleagues tried to get some legislation passed on the issue, but when it did not get adopted, they took to the courts.

She recognizes that their work can put lawmakers in a tough position. “We understand that political atmosphere. We understand that they are voices of the people, but they’re also trying to reelected. So sometimes using the courts is a good way to give them political coverage.”

Some COVID outbreaks in prisons weren’t being addressed, and executive policies did not clearly outline how prisoners should be protected. And through engagement with lawmakers and with the threat of lawsuits, the ACLU was able to get the governor’s administration to take the appropriate action. She notes that it is not just her organization working on the issue, either, and having a broader coalition of people and groups makes success more likely.

Buddin says that the most direct way that litigation changes policy is to win the case and establish a judicial interpretation favorable to your ideas. This often causes legislators to rewrite the laws to comply with the new interpretation. The ACLU’s work on court fees, for instance, worked like this. It brought a case with a client who had been subjected to a number of fees for using the court system and was unable to pay. A judge ruled that court fees had to reflect the person’s ability to pay. So courts naturally wanted legislators to get involved to help craft new rules, and the ACLU created a working group to figure something out that would comply with the new requirement.

“This continues to be an issue that is not fully resolved and it’s because there’s politics behind it,” Buddin said. “It’s difficult, right? It’s hard. But the court ruling is still there, it still just hasn’t quite been addressed.”

One reason her organization has been able to get a number of policy changes, regardless of whether Democrats or Republicans are in power, is by working with people who think differently about issues. Buddin has some advice for those people working across the ideological divide, “I try to focus more on the things that we have in common, which there are usually much more of those than the things that are very divisive between us. At the same time, acknowledging what might be divisive.” Buddin and her colleagues even work with different partners, like prosecutors and sheriffs associations, which are more inclined to disagree with them, to try to find common ground.

And she wants to correct a belief that lawmakers are too busy to care about constituent calls. “If they get 10 calls from their community about one particular issue, they’re paying attention.”

Check out her work at www.aclumich.org and the conversation at the Overton Window Podcast, available on Spotify and iTunes.