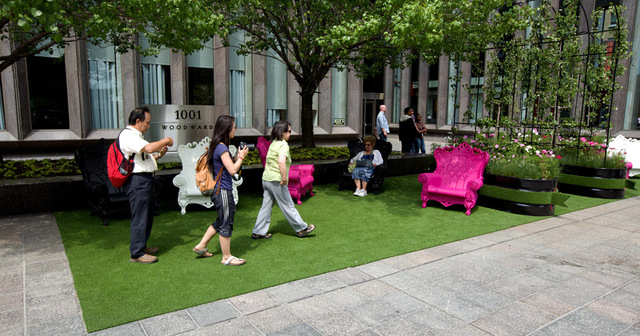 Dan Gilbert, a developer and owner of many private companies in Detroit, has been urging the Michigan House of Representatives to approve Senate-passed bills that would give some developers and business owners more taxpayer-funded subsidies.

Gilbert defended his position in the Detroit Free Press:

He noted that some critics oppose the incentives for ideological reasons, or say the government shouldn't try to pick winners and losers.

“That all to me is legitimate and I get that,” Gilbert said, “but there’s a lot more to this than, ‘Hey, rich guys are getting this and neighborhoods are not getting anything.’” That characterization he finds unfair, saying it ignores what he believes is his “mission” to help the city grow.

The city “functions as one organism that has to work together, and to me it’s driven by jobs,” Gilbert said. Neighborhood residents “benefit from the overall healthy city that will have more taxes to drive more services and to drive better education,” he said. “I’m going to just keep pounding on this stuff because it’s just so massive and critical.”

No ideology is required to oppose this: there are solid practical reasons why giving taxpayer dollars to business owners and developers is ineffective and is a waste of money. As a previous article here about the proposal explained, “The record shows they are much better at creating press releases about jobs than actual jobs. They also invite corruption, and they don’t justify their costs.”

Gilbert is Detroit’s biggest cheerleader and has put his money where his mouth is when it comes creating wealth and employment in the city. But business subsidies are not a good idea in principle or in practice.