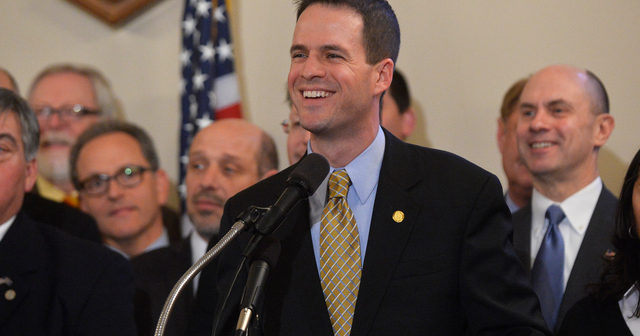 Profiles in Courage in Defense of Taxpayers

Cotter and Chatfield hold the line on cronyism

When the state’s big business, media and government establishments all clamor for huge new taxpayer-funded giveaways to well-connected firms and developers, the path of least resistance for state legislators is go along to get along.

Examples are commonplace: A since-repealed state program that gave nearly half a billion dollars to film producers was opposed by exactly one legislator when it was approved in 2008. Scores of similar giveaways have been authorized by the Michigan Legislature in the past decade, many with lopsided and bipartisan support.

So it is worth noting when two influential lawmakers respond to the idea of more giveaways with, “Not on my watch!”

In the current lame-duck legislative session, House Speaker Kevin Cotter, R-Mount Pleasant, and House Local Government Committee Chair Lee Chatfield, R-Levering, have earned the gratitude of Michigan families and small business owners for taking just that stand. Thanks to their backbone, schemes were halted in the past week that would have handed hundreds of millions of dollars annually to large companies in the state, and tens of millions more to large developers.

While taxpayer-paid gifts are promoted as job programs, the record shows they are much better at creating press releases about jobs than actual jobs. They also invite corruption, and they don’t justify their costs.

Indeed, it is almost ironic that new taxpayer giveaways are being considered just when Michigan’s economy is showing it doesn’t need such artificial respiration: The state had the fastest-growing economy in the Midwest during the second quarter of this year, according to the most recent figures available.

Cotter emphasized those gains in a statement rejecting new handouts for developers:

"Over the past six years, we have made great strides improving Michigan's economy and creating a system where the best businesses can compete and win on a level playing field, instead of relying on the state to pick winners and losers. And it worked. This new way of doing business has resulted in hundreds of thousands of new jobs, higher incomes, and unemployment that is now better than the nation as a whole. Dan Gilbert has done great things for Detroit, and he has shown that he is a competitor and a winner. If he can't make a deal work without state aid, then it is not a deal worth doing, and Michigan taxpayers should not be forced to invest."

Chatfield told Gongwer News Service about these bills: “I didn’t feel like it was the best direction for our state to take.” He’s right.

Thank you, Reps. Cotter and Chatfield and the other legislators who recognize that creating a fair field with no special favors is the best way to bring jobs to Michigan.