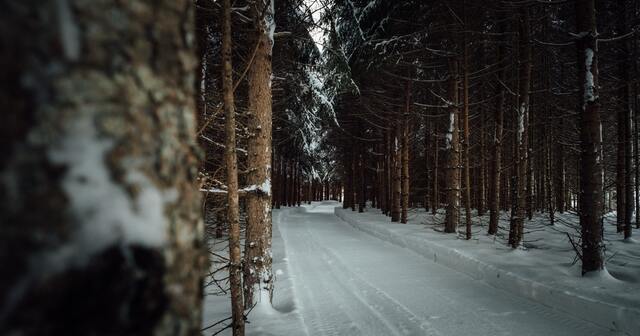 Editor's note: This article originally appeared in The Hill on February 15, 2019.

A deadly cold front recently swept through the Midwest, but thanks to nuclear energy, coal and natural gas, things did not turn out as badly as they could have. Most people stayed warm and safe because they trusted affordable, reliable and secure domestic energy sources that have served us for decades.

The system that provides electricity and heat for millions could change drastically under the proposed Green New Deal. Proponents propose to completely abandon the sources of energy that protected millions of lives recently, telling us that “the world will end in 12 years if we don’t address climate change.” From there, they springboard to demanding that we switch our energy system to 100 percent renewables by 2030.

Unfortunately for the residents of Michigan and Minnesota, many of our state officials and utilities are playing along. But frigid temperatures prove such a plan is a grave mistake, and a 100 percent renewable system would be dangerous for the Midwest.

The temperature in Minneapolis on the morning of Jan. 30 was 24 degrees below zero. When it’s that cold, people need reliable energy — and they need it immediately. Of course, Minnesota-based Xcel Energy says it is one of the nation’s leading producer of wind energy. But at noon that day, wind generators across the Midwest were offering a lackadaisical effort, producing a mere 4 percent of our electricity, using only 24 percent of their installed capacity.

In contrast, coal-fired facilities accounted for almost 50 percent of the region’s electricity, natural gas provided 30 percent, nuclear plants accounted for 14 percent, and the rest was imported from other states and Canada.

Michigan-based Consumers Energy, meanwhile, found itself scrambling to maintain the supply of natural gas to its customers. Its system was stretched thin by both the cold and the need for natural gas generation to fill in for badly lagging wind and solar facilities. But the company faced a further restriction when a fire and explosion occurred at its Ray Compressor Station in Macomb County, on which it relies to transport 64 percent of the natural gas it supplies to customers.

After closing that station for repairs, Patti Poppe, CEO of Consumers Energy, publicly addressed the state to plead for residents to cut their natural gas use by lowering thermostats to 65 degrees or lower. DTE, the state’s other major utility, was also pressured by the extreme cold and reached out to ask its customers to reduce electricity demand to help stabilize the grid. Michigan’s governor even joined in, using the state’s emergency broadcast system and public airwaves to ask state residents to lower their thermostats.

In Minnesota, Xcel did the same, urging all of its 460,000 natural gas customers to turn their thermostats down — first to 60 degrees, then to 63 — to conserve natural gas and prevent a system-wide failure. The company shut off gas to approximately 150 households, distributing electric space heaters to heat homes and keep water pipes from bursting throughout the night. These space heaters did not run on wind or solar.

Midwest residents who had not heard of the term “demand response” now have lived it. The tactic of reaching out to customers, telling them they must turn down their thermostats in cold weather, or stop using their air conditioners on hot days, is a key feature of the long-term plans these utilities are presenting as “reasonable and prudent” before state government regulators.

On that theme, there is more than geography that connects these utilities. Pressured by environmental activists, they publicly have committed to implementing their own form of the Green New Deal. The CEOs of Consumers Energy and DTE signed a deal with California activist Tom Steyer that commits them to closing all of their coal-fired plants, along with a portion of their existing nuclear and natural gas plants. Xcel has pledged to have a “zero-carbon” generation system by 2050.

The recent weather shows the folly of these plans. It’s one thing to build a system that might provide enough electricity on a warm, spring day. It’s another thing entirely to deliberately build energy distribution systems that have demand response as a central feature of dealing with extreme weather. As they implement their own form of a Green New Deal, Midwest utilities effectively are planning to leave their customers out in the cold.