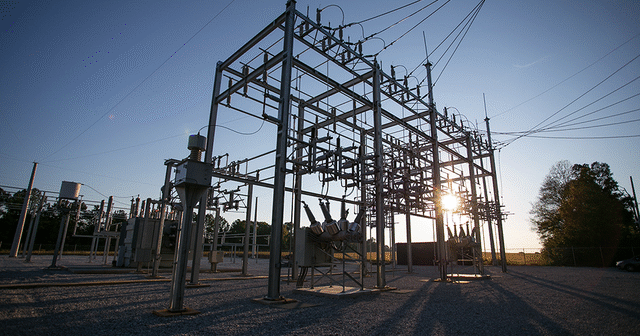 Legislature considers a deal for Hemlock Semiconductor and Consumers Energy

Michigan businesses need affordable, reliable electricity to operate. But in our noncompetitive electricity system, almost all are forced to accept monopoly utility services. This system, sprinkled with a small amount of choice, means only a small number of companies are able to get lower-cost energy through an alternative supplier. The only other option for reducing costs is to try to get a special deal from one of the two large providers, Consumers or DTE.

There is currently acrimony over the proposed “Hemlock bill,” HB 5902, which would allow Hemlock Semiconductor to purchase electricity at rates far lower than other utility customers. This bill highlights the market-corrupting nature of Michigan’s over-regulated utility system. By heavily restricting choice in Michigan’s electricity market and by barring competitive pressures against monopoly utilities, state law forces most Michigan businesses to endure the services monopolies choose to offer.

There are good arguments on both sides of this bill. On the one hand, there is nothing wrong with Hemlock working out a deal for energy costs with its provider. That’s how private trade is supposed to work: Companies should be able to contract with whoever they want and reach a mutually beneficial deal. But Michigan’s utility market is, by law, set up as a system of regional monopolies. So, Consumers and Hemlock can’t legally contract for services in this manner. They need the Legislature to step in and broker the contract for them.

And HB 5902 provides that service. This bill uses the power of the Legislature to exempt Hemlock from the high monopoly utility rates that every other Michigan resident and business has to pay. As the MichiganVotes.org description of the bill states, the bill will keep residential utility rates higher to help provide lower electricity rates for Hemlock.

That reality makes a lot of people uncomfortable; some are even angry about it. But imagine the alternative. Michigan’s regulated utility structure means that Hemlock would overpay for its electricity and ultimately subsidize the cost of electricity for everyone else. After all, it is the single largest user of electricity in the state. For Hemlock, lower electricity rates are the difference between profit and loss. The company employs around 1,500 people and produces a product that is in high demand. It has a responsibility to investors, customers, the community and employees. In a free market system, the standard practice would be for a large, reliable customer like Hemlock to request, and easily get, much lower prices than other businesses. But it’s not operating in a market system.

That’s the unfortunate part of this story, and Hemlock is one of the big losers. One option the company has is “self-service,” which would entail adding generating its own electricity to its primary business function.

But Hemlock is in business to produce polycrystalline silicon – a product used in the manufacture of electronics and solar panels – not electricity. So building electricity generation facilities would take its figurative eyes off the ball. And since Michigan limits who can compete against the monopoly utilities, Hemlock could not legally sell any excess power back to the grid. It would also be forbidden to build transmission lines to (or from) another energy-intensive business, such as Dow Chemical. As a result, everyone else would likely pay higher rates if Hemlock struck out on its own.

So, self-service is a possibility, but not the preferred option for Hemlock or other businesses. A far better option would be to allow the company the freedom to select the best provider of the services needed to produce and sell its products. But Michigan’s electricity laws forbid businesses from choosing any other option than their local monopoly utility. And when that monopoly — as monopolies are inclined to do — provides some of the most expensive and least reliable service in the region, businesses like Hemlock are forced into difficult choices.

That reality has brought us to where we are today, with Hemlock requesting more of the same rate reductions it has received in the past. The old rate reductions are nearing their expiration date. The high cost of monopoly-produced electricity in Michigan means the “renew the favors, or we might be forced to leave” meme is brought out, dusted off and held up in front of taxpayers, employees and legislators.

There’s an old quote, often erroneously attributed to Thomas Jefferson, that goes, “A government big enough to give you everything you want, is a government big enough to take away everything that you have.” That is especially true in this situation because when government has the power to grant special favors at the expense of the taxpayer, it becomes the conduit through which the health, wealth and welfare of the state’s businesses must pass. Deliberately limiting access options to an essential product and service like electricity only makes the situation worse by making government a key player in essential business transactions.

By limiting electricity choice, Michigan government encourages situations like what we are seeing today. If Hemlock doesn’t get its special treatment, the high costs of government-mandated, monopoly electricity service could push it into the red. The real solution to this situation isn’t special legislation that creates special deals for specific companies. The permanent solution is move our electricity markets back to customer choice and open and free electricity markets.