What is 'Electricity Choice'? 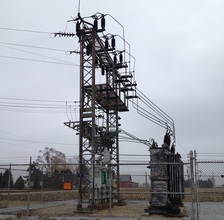 A recent email sums up the public’s concept of the electricity choice debate quite well.

I have never understood anything about the “choice” question on electricity. What choice? I have lived in Michigan since 1996 and paid my electricity bill every month for the past 20 years. I’ve never had “choice.” I get a bill and it’s always Consumers Energy. I get that other people get Detroit Edison. But you don’t get a “choice.”

That is real life for the vast majority of people and businesses in Michigan. A monthly electric bill arrives from one of the two big utilities and you pay it — wash, rinse, repeat. Simple. Right?

Actually, there is a good deal more to the issue of “electricity choice.”

“Electricity choice” or “retail open access” (ROA) relates to the generation and distribution phases. When you sign up for electricity service to your home or business, your default option is a regulated, monopolistic company. That means that either Detroit Edison (DTE) or Consumers Energy provides the electricity you use. Under the choice system created by the Customer Choice and Electricity Reliability Act (Public Act 141 of 2000), Michigan residents have had access to electricity choice as of January 1, 2002. As a result, all citizens and businesses in Michigan may switch to the deregulated electricity market (or what is commonly known as “choice”). They may also have their electricity provided by an alternative electricity supplier (known as an “AES”), which is the name the law gives to “a person selling electric generation service to retail customers.” In practice, the electricity choice system is used primarily by businesses and public schools rather than individuals and families.

Public Act 286 of 2008 amended the 2000 law on electric choice (P.A. 141 of 2000) by guaranteeing DTE and Consumers Energy 90 percent of the total electricity distribution market. From 2000 to 2008, Michigan’s residents had the freedom to choose the company that generated their electricity, much like they do with companies that provide telephone services. The 2008 law, however, effectively re-regulated the majority of electricity distribution in Michigan by mandating that alternative energy suppliers provide no more than 10 percent of the electricity sold in the state. A mix of companies, including DTE, Consumers, and some alternative suppliers from both Michigan and beyond, are involved in the first two phases of providing electricity – generating it and transmitting it to substations or other distribution centers.

Full-service utility customers have their electric rates set by the Michigan Public Service Commission, a state government body that (among other things) was created to “establish fair and reasonable rates for regulated services…for Michigan’s utility customers.” By contrast, market forces set the price for electricity supplied by the alternative energy suppliers.

Under Michigan’s original law on electricity choice, “all retail customers in this state of electric power have a choice of electric suppliers.” But given the legislated 10 percent cap on electricity choice, there isn’t really a choice for people trying to sign up today. Those who want to exercise their right to choose must first sign up for service with one of the two main utilities that hold a monopoly on their particular parts of the state. They must then apply for the choice option and go on a long waiting list. They will only be able to enter the choice market after enough existing choice customers close their business, move, or elect to go back into the regulated market. In reality, there is almost no chance that the average Michigan resident who signs up for electricity choice today will ever have an opportunity to access their right to electricity choice.

The Michigan Public Service Commission’s 2015 “Status of Electric Competition In Michigan” report indicates that, in December of that year, 6,140 customers used the choice option, while another “11,000 customers remain in the queue.” The report also notes that, if the cap did not exist, one in four electric customers would opt for the electricity choice option.