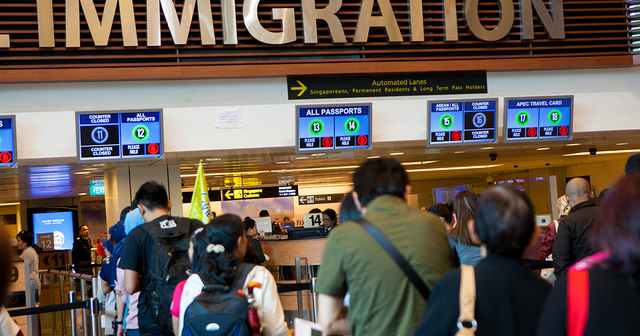 Due process is an important part of an immigration system

The authors believe in free markets and free people, and therefore, peaceful choice in association through legal immigration. The millions of immigrants to the United States every year are powerful evidence that “life, liberty and the pursuit of happiness” is still an unattainable dream for the average person around the world.

Although immigration is primarily a federal issue, we believe the evidence shows that legal immigration from around the world is a net positive for the United States — and for Michigan, too. The state’s employers need highly skilled and educated immigrants to fill open positions in information technology, engineering, finance, health care, education and other industries.

Still other immigrants come with experience in skilled trades, or the entrepreneurial drive to start and run a business that they could not fulfill in their home countries. These men and women help develop good companies that create good jobs. They become our co-workers, friends, neighbors, vendors, customers, fellow taxpayers and even, at times, our relatives.

Nations must have the ability to control their borders and our federal government must make decisions in the interest of national defense that may limit an individual’s access to the United States. But however important those responsibilities may be, they cannot override the fundamental need for due process and the rule of law in setting immigration policy. Americans — both current and prospective — deserve no less.

We are concerned that President Trump’s recent executive order halting some refugees bound for the United States from specific countries was instituted in a clumsy and almost haphazard fashion. Government should never exercise its power in an arbitrary or capricious manner, regardless of what ends it means to accomplish.

People who have abided by the law and gone through the process to receive green cards have the legal right to reside in the United States and come and go as they wish. The government should not bar them from doing so without due process of law. People who hold a valid visa from a U.S. embassy or consulate that declares them eligible for entry to the United States should not suddenly be made ineligible without due process simply because of their national origin.

Immigration is one of many federal policy issues with broad and deep implications for states. Good policy that protects our nation’s borders and the people of Michigan while interfering as little as possible with free markets and free people is unlikely to result from arbitrary and haphazard executive rule-making.

Gov. Snyder’s interest in seeing legal immigrants freely choose Michigan over other options is a long-standing and laudable one. We would caution, however, that the decision to move to the Great Lake State should be done so without subsidies or other targeted state efforts. That is, the government should not create special offices or programs to lure people from anywhere. Any changes to policy should be guided by the goal of having a “fair field and no favors” approach that does not distort the decision to move here.

Michigan can be a magnet for people in the United States (and from elsewhere too) when it makes sound policy choices. International immigration is a federal issue, but it clearly effects what happens with and to Michigan and her citizens. We hope to see federal immigration reform that is less haphazard and arbitrary — and encourages greater legal and peaceful, voluntary association.