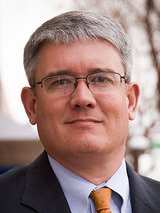 John C. Mozena was vice president for marketing and communications at the Mackinac Center for Public Policy. He is currently the president of the Center for Economic Accountability

He joined the Mackinac Center in 2016 after a 20-year private sector career developing and executing strategic communications campaigns for public, private, governmental and nonprofit organizations of all sizes. His clients ranged from some of the world’s largest corporations to small nonprofits and entrepreneurial startups; from beloved consumer-facing brands to national industry trade associations.

Mozena began his professional career as a print reporter and editor covering Michigan’s health care industry and was a credentialed member of the state House and Senate press corps.

At the Mackinac Center, he has been quoted or had his commentaries published in Forbes, the Detroit Free Press, The Detroit News, Crain’s Detroit Business, Michigan Chronicle, Detroit Metro Times, NextCity, Daily Signal, The Grand Rapids Press, Flint Journal, WJR-AM, WWJ-TV, and more.

He is a baseball nerd and rabid Tigers fan. He and his wife and son also take minor-league soccer far too seriously as smoke bomb-waving supporters of Detroit City FC.