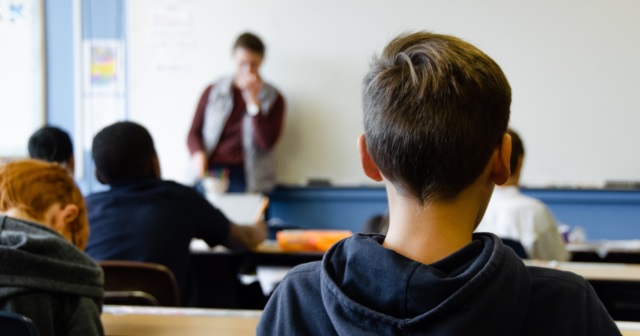 New numbers out from the state show that Michigan public schools have continued to receive ever-higher level of funding.

Student enrollment has dropped in recent years, but dollars contributed from key sources keep rising. In 2018-19, per-pupil spending and revenues both reached all-time highs. That remains true even when adjusting for inflation. 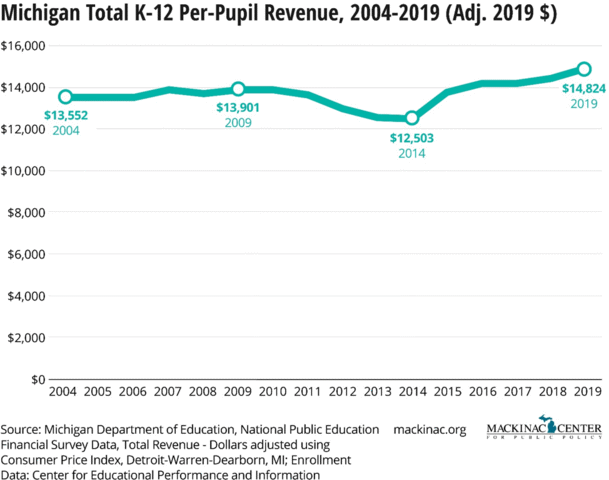 Public funding for education has continued to rise despite federal education spending having receded from an earlier peak during the Great Recession. During the 2018-19 school year, Michigan’s public education system received the largest amount of both local- or state-collected dollars it had in about a decade, though the number of students had declined by 10% over that time.

Longer-term trends show that most local districts are getting more money than they used to. From 2004 to 2019, per-pupil revenues in more than half of all districts outpaced both the regional and national consumer price index.

The state’s 56 intermediate school districts, regional bureaucratic agencies that provide oversight of special education and other services, have fared even better. Over the same time span, the share of education dollars spent by ISDs grew from 6.3% to 9.9%. That share has increased in each of the 15 years.

No matter how the numbers are sliced, recent trends reveal a healthy growth in overall K-12 finances. In early 2019, Michigan State University researchers released a widely cited report that used a government price deflator to adjust dollar values according to the average spending of state and local governments nationwide. Concluding that Michigan schools were underfunded, the analysis ended with revenues for the 2014-15 school year.

But now there are four additional years of data available, and the picture is a lot less bleak than the report claimed, even on its own terms. Using the authors’ preferred comparison, Michigan’s 2019 per-pupil revenues are up 8.3% from five years earlier and have returned to 2011 levels.

And the trend is likely to continue, at least in the short term. The recently approved budget for the current school year represents a 2.5% boost in state support, growth at about the rate of inflation but dedicated to serve fewer students than the year before.

Legislators have yet to release their 2021 school aid budget, but Gov. Gretchen Whitmer has again proposed a significant increase in state aid. Even so, she continues the trend of governors proposing to selectively cut the prime source of funding for students enrolled in cyber schools, although those schools already spend 24% less per pupil than their traditional counterparts.

While the 2018-19 school finance data is illuminating, it has some key limitations. For instance, it doesn’t show how effectively money is being used or how dollars are distributed at the school building level.

But before Michigan educators and policymakers can have those important policy conversations, they ought to recognize that school funding is up and is expected to continue increasing.