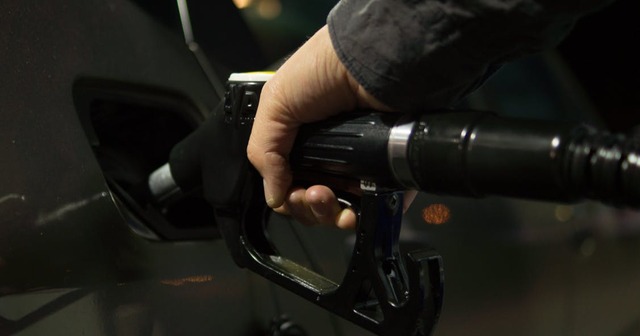 Reprioritizing revenue to roads is better than taking on bonds

Michigan House Republicans, especially House Speaker Lee Chatfield, want to spend more on road repair without raising taxes. And to do this, they want to direct the sales tax that gets levied on fuel to road repair. They argue that the money people pay at the pump should go to fix roads. Opponents argue that this will hurt public schools, the primary beneficiary of sales tax revenue. But reprioritizing this revenue doesn’t have to lead to reduced school spending.

Michigan levies a sales tax on fuel as well as a special per-gallon levy. The per-gallon levy goes to the transportation budget, while the sales tax gets split among a number of purposes: 73% goes to schools, 15% goes to local governments, and the rest goes to lawmakers to budget on their priorities without other restrictions.

Michigan is a rare state that both levies a sales tax on fuel and uses the revenue to pay for other purposes than transportation, according to the National Council of State Legislatures.

Eliminating the sales tax on fuel, and replacing it dollar-for-dollar with a per-gallon levy would mean that taxpayers don’t pay any more at the pump. But schools would have less and the transportation budget would have more. In fact, at current prices and fuel sales, it makes for a $790 million transfer from some budget areas to others.

But this does not mean that schools will see cuts of $580 million, the 73% distribution they get from the tax. This is just one change in the state’s fiscal policies that annual budget decisions account for. The economy continues to grow so the state collects more from its taxes. Combined revenues for the state’s general and school aid funds are expected to increase by a similar amount in the upcoming fiscal year. Which means that sales taxes can be reprioritized to roads without cutting school funding by dedicating the state’s growing revenue to schools.

This kind of growth has increased state spending over the past decade from $25.2 billion to $34.3 billion, an increase that is 14% greater than inflation and does not include federal revenue. To put it another way, tax revenue growth enables the state to dedicate all the money collected at the pump to roads without having to reduce state support for schools. Just the expected growth over a single year is roughly sufficient to afford this redirection of funds without any cuts to any programs.

But that’s just one possible way to reprioritize revenue without reducing school funding. Budgets include hundreds of decisions about how to spend limited resources. Other policies can ensure that schools come out ahead next year even if lawmakers decide to move the taxes paid at the pump to the transportation budget. The state could agree to pay off more of school’s $33 billion pension debt than they do right now, for instance. School officials would be especially happy about that if lawmakers used money from its general or other funds to pay down this debt.

Although they often give the impression that their hands are all but tied on budgetary issues, policymakers have a lot of options. There are many fiscal policy decisions that switch money from some pockets to others and to some purposes and away from others. Some of them happen in budget negotiations, while some happen in tax reform debates. But this flexibility means that lawmakers have options to spend more on roads without lowering school spending.