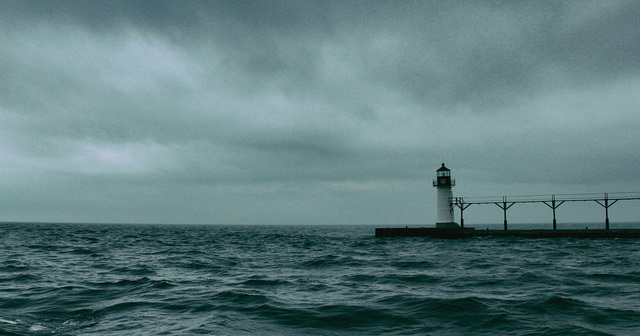 Editor's Note: On the afternoon of March 16, the MEDC responded in part to our request.

Last week, the Mackinac Center for Public Policy mailed a postcard to reporters and others calling attention to Sunshine Week and the secrecy of the Michigan Economic Development Corporation. The MEDC administers the state’s corporate and industrial welfare apparatus, including Travel Michigan, which oversees the state-subsidized Pure Michigan tourism marketing and branding campaigns.

The Mackinac Center has long been a critic of the MEDC and its programs, as well as the agency’s refusal to make public key information about its programs and their alleged efficacy. The Pure Michigan program is an ongoing example. Recently, the MEDC denied significant portions of one of our Freedom of Information Act requests and gave us no reasonable explanation for doing so. That inappropriate denial severely hampers our ability to inform the public about whether the costs of programs like Pure Michigan outweigh their costs to taxpayers. Until the MEDC becomes more transparent, the claims of Pure Michigan’s success should not be taken seriously, and taxpayers should not be forced to subsidize it.

In November 2020, the Mackinac Center issued a FOIA to the MEDC for data about the Pure Michigan program. We had hoped to revisit the state’s claims of success by — once again — trying to determine precisely how MEDC contractors can claim that Pure Michigan generates huge returns on investment. For example, early last year, its contractor, Strategic Marketing and Research Insights, said the program generated $8.79 in new state tax revenue for every $1 spent on outstate advertising. We believe the evidence shows tourism subsidy programs are ineffective, as is demonstrated by the Mackinac Center’s original research.

We have long tried to acquire more information about the data on which MEDC contractors base their claims of Pure Michigan’s effectiveness, but have been prevented from doing so by the MEDC. Our Nov. 6 FOIA request asked pointedly for this information, and also came with the request, written in bold, that if MEDC were to withhold information, it should “please state with specificity the legal and factual basis for withholding such a portion, as well as the nature of the information being withheld.” We asked for records we believed would help us try to replicate the research conducted by its contractors and evaluate their methods.

After about a three-month wait for a response, we came up nearly empty. As an example, one request we made that received no response included: “The input assumption worksheets used by Tourism Economics and any related ‘direct, indirect and induced impacts’ output produced directly from its modeling effort for the MEDC/MSF.” Tourism Economics has long been a no-bid contractor for the MEDC and still contributes to analyses of tourism in Michigan. We received no records responsive to this request for information, nor did we receive an explicit explanation for the denial.

It is possible that Tourism Economics hasn’t given the MEDC the inputs we requested. If that’s the case, MEDC would not be legally required to create such a document for us or ask its contractor to do so (although it is required to explain why it is not producing the document). Despite this, in the interest of transparency, our request asked MEDC to provide this information. It was our hope that MEDC would want to provide it to help support its claims of the program being a wild success. Unfortunately, our hope was misplaced.

The MEDC’s secrecy and silence is disappointing but not surprising. When studying the MEDC previously, they similarly refused to provide us with data needed to confirm the findings of its contractor researchers. We were forced to rely on other publicly available data to measure the impact of the program. As a result of this study, we found that for every extra $1 million spent on tourism promotion, there was a corresponding increase of just $20,000 of extra economic activity in the state’s accommodations industry.

To be clear, this wasn’t $20,000 of additional tax revenue, only $20,000 of extra economic activity. And this was the best-performing sector in our study, suggesting that the program is a huge net negative. Without the additional data that is being withheld, however, it is difficult to precisely measure just how the MEDC or its contractors can repeatedly suggest the program is a runaway success.

Michigan’s legislative culture continues to protect the MEDC from the disinfecting rays of public sunshine. This Sunshine Week, lawmakers should insist upon it. If they don’t, the MEDC will continue to make credulity-straining claims of success for all its programs, while hiding information necessary for independent verification locked tight in its black box of corporate and industry handouts.