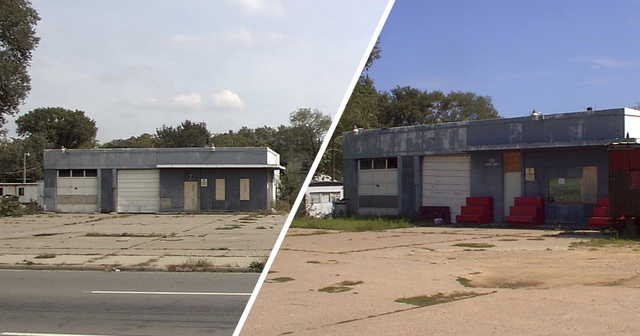 Like All Spending, Environmental Spending Needs a Plan and Oversight

Real estate development is not remediation

Gov. Rick Snyder’s Renew Michigan proposal would impose an annual $79 million tipping fee on the waste management industry, ostensibly to “reduce waste in Michigan landfills,” and take the place of the now-expired Clean Michigan Initiative bond. Created in 1998, the bond program borrowed $660 million to pay for environmental protection and cleanup work around the state. Two decades later, the funds are almost gone and the Senate has responded with bill SB943 to increase tipping fees. But, before lawmakers simply agree to spend more, they need to reassure taxpayers that the spending was effective in the first place. They need to answer the question, “Is it worthwhile to replace the Clean Michigan Initiative?”

Voters should first recognize that the Clean Michigan Initiative is not the only source of funding for environmental remediation in Michigan. Then they should recognize that not all CMI spending actually went to environmental clean-up. A report from the Department of Environmental Quality shows that roughly one-third of the money went to the department’s Environmental Cleanup & Redevelopment Program. The rest went to pay for revitalizing waterfront properties and local government programs.

The Environmental Cleanup & Redevelopment Program is the primary mover for environmental cleanup and remediation in the state, but that effort has many other funding sources, including the predecessor to the Clean Michigan Initiative, the Environmental Protection Bond of 1988. Cleanup and remediation work also receives funding from programs like the Clean Revolving Fund, the Environmental Protection Fund, the Refined Petroleum Fund, and in some years, general revenues. It hasn’t received funding from Clean Michigan Initiative since 2013 and is now funded by the Refined Petroleum Fund.

Of course, most of the money to be spent by Snyder’s proposal would be set aside for many of the same goals that were supposed to be met by redevelopment programs – mainly environmental remediation and redevelopment. The question is whether they have benefited the state of Michigan over the 30 years they’ve been in effect.

A 2008 study from Eastern Michigan University said the intent of remediation and redevelopment programs is “to ‘level the playing field,’ so to speak, between brownfield and greenfield development, limiting risk and lessening the cleanup burden on developers in order to make brownfield projects financially more attractive.” This statement reminds us that the official definition of “brownfield” does not always mean that a piece of land is contaminated. Instead, as the Michigan Sea Grant Program says, even “properties that are badly damaged or functionally obsolete, with or without contamination” receive dollars appropriated for remediation and redevelopment. Any property that officials agree is not a “good” property is therefore able to receive brownfield remediation funds under the guise of environmental protection.

This isn’t to say that the programs don’t succeed in remediating properties. Success stories can be found for specific parcels, where an undesirable location with real, measurable contamination was remediated and made more attractive for redevelopment. The same 2008 EMU study found that “all but a very small handful of projects have been successful, at least insofar as remediation activities are concerned.” It adds that 500 of 1,800 remediation sites have had significant redevelopment.

But, the challenge for the average taxpayer is to figure out if this remediation is a responsible use of public funds and whether those funds are actually being used for environmental cleanups. The Environmental Cleanup & Redevelopment Program spent $939 million on 2,035 sites in Michigan over the last 25 years, completing, cancelling or closing 879 – 43 percent – of them. The remaining sites are either awaiting additional funding, or are still being monitored or worked on.

The properties in question are often – but not always – affected by some type of environmental contamination. But data describing whether these programs could be considered successful remediations or clean-ups doesn’t exist. We can’t tell what risk the 2,035 sites posed to the public, and there is no clear way to explain how much, or even what, risk has been mitigated.

Carefully selected stories of successful redevelopment can make it appear that the benefits of a program outweigh its costs, and we do have a sampling of those success stories. But we lack a full report of every project redeveloped, how much money was spent to do it, why it required remediation, and how many of the sites were redeveloped by business after remediation. That lack of detail makes it impossible to determine the actual, and overall, return on investment.

All of these impressively named programs – representing a further $304 million in spending since 1989 – are dedicated to environmental protection or redevelopment. But each of them has different criteria for measuring success. It is simply not realistic to expect the average citizen to have the time or resources to track this spending, so it becomes effectively impossible for taxpayers to know what, if any, benefit they are getting from billions in government expenditures.

Protecting the environment is a noble endeavor, and it’s true that the government is successful to some degree with these programs. What’s unknown is how successful those efforts are. What is known, however, is that hundreds of millions of dollars are being pumped into dozens of different programs that all appear to have similar goals, but no definable end other than cleaning up an apparently endless supply of “contaminated sites.” When official programs end up spending a great deal of money on making properties more attractive for real estate development rather than protecting human health, they become a confusing mass of good intentions and questionable results.