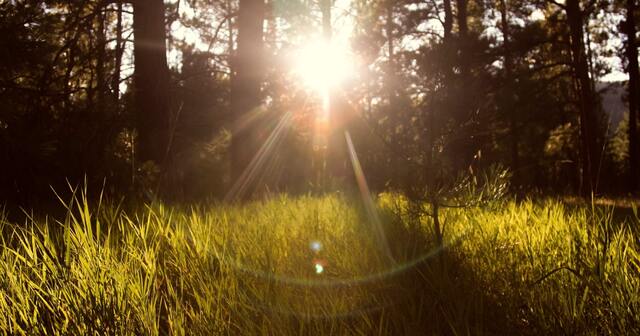 For years, governments and their citizens have tussled over the information to which the latter should have access. Despite laws that mandate disclosure of public records, governments across the United States have found ways to limit access to important information. These can include explicit carve-outs from Freedom of Information Act (FOIA) requirements, foot-dragging, the wide use of redactions and more.

Sunshine Week, which starts March 14, is set aside each year to promote the value of open government. It is sponsored by the News Leaders Association and is of particular concern to the media, though not limited to that industry’s interests. All people benefit from access to government information and are harmed when they are denied it.

A clear example of the benefits of the transparency laws promoted by Sunshine Week can be seen when examining the records relating to state and local corporate welfare programs. Through these programs, government officials provide financial incentives to companies with the hope they can spur job creation or at least minimize job losses. Research, largely possible only through open records laws, shows such programs are ineffective, expensive and simply unfair.

Take Apple and Amazon as examples. Both of these corporations are multinational behemoths that have benefited significantly from such fiscal favors. But, thanks to government’s unwillingness to be fully transparent, it is nearly impossible to know the full extent of the largesse they have received. As an example, North Carolina nearly landed an Apple project in 2018, only to eventually “lose out” to Texas. Despite this, North Carolina still refuses to disclose the details of its financial offer.

The state of North Carolina is not the only example of a government lacking transparency. In Indiana, a judge ruled that Indianapolis can keep secret the offer it made to Amazon to score the company’s second headquarters. The judge did so on the grounds that the offer was not “final,” and Indiana’s open records law maintains an exception for this information, even though Amazon already has selected a different location for its HQ2. As a result of these types of loopholes, citizens across the country are left in the dark about the volume of taxpayer-funded “incentives” being offered to major corporations.

In a November 2020 study for the National Freedom of Information Coalition titled, “Invisible Incentives: How Secrecy Impedes Evaluation and Accountability of Economic Development Subsidies,” Steven Miller recounts how New Mexico’s fledgling space industry received significant subsidies and “unprecedented exemptions from public records requests, approved by state lawmakers and praised by local politicians.” This may appease an industry, but it makes it harder to scrutinize the value of subsidies offered to it.

The state of Ohio exempts its tourism department from certain public records requests. Neighboring Michigan doesn’t do so officially, but it does make independent investigation of tourism-related claims difficult. In many ways, Michigan has been a poster child for needed transparency reform.

The state’s corporate welfare agency seems to get progressively less transparent over time, and has engaged in unnecessary FOIA-related foot-dragging and jobs claim puffery, as well as being non-responsive to FOIA requests and interview questions. In the past, Michigan hired one contractor to help justify a subsidy handout program, but the contractor claimed his methods were proprietary. The agency endorsed that secrecy.

What is to be done? We need a fundamental change in how the government thinks about its public records responsibilities. Too often, government conceals data out of concern that it will lead to backlash. But that’s the wrong mindset. Government should be freely giving as much data as it reasonably can, so that citizens can offer feedback to their elected representatives. The end result would be a more effective government, one that is more responsive to its people, thanks to transparency.

Citizens need to take an interest in FOIA, too, and make it clear to their elected officials that it is a priority. Media outlets must be unrelenting in the pursuit of official records and willing to call out even their allies in government when they are being stonewalled. Organizations should form coalitions to bring lawsuits when necessary.

FOIA laws can lead to better government, accountable politicians, and a more well-informed populace. But that won’t happen until citizens make clear that they are unwilling to continue to allow their governments to hide within a veil of secrecy.