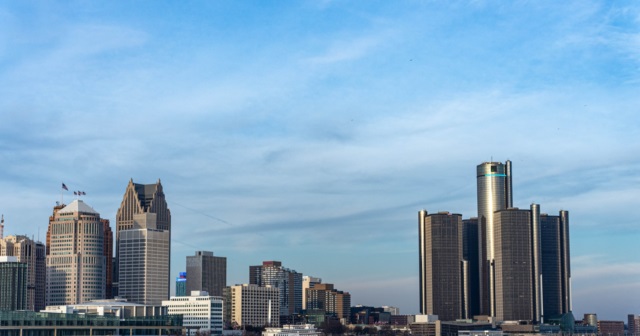 For the most part, Michigan lawmakers kept an expansion of the state’s corporate handout complex at bay over the last year. In 2021, they should continue to trim taxpayer subsidies for corporations and industry. The money would be better spent addressing higher priorities.

The good news this month is that legislators rebuffed a second effort to authorize $300 million in new business subsidies for the so-called “Good Jobs for Michigan” program they allowed to expire last year. Some lawmakers wanted to resuscitate the program, but they saw those efforts stymied by skeptical lawmakers. That’s a big holiday gift to taxpayers.

Spending taxpayer money to land big business was bound to be ineffectual. As I noted last year, less than 1% of the net increase in jobs in Michigan from 1990-2015 were the result of a corporate relocation, a common goal of subsidies. A study of a very similar program in Kansas found that companies that received incentives from it were no more likely to create jobs than like firms that had not.

The Good Jobs for Michigan program was created to lure Foxconn to build a manufacturing plant. The company chose Wisconsin instead, which turned out to be a win for Michigan. The incentive deal wrung from Wisconsin and the municipality Foxconn was to build in was worth more than $4 billion. By the end of 2020, officials said, Foxconn was to employ as many as 5,200 people — a figure that was supposed to grow to 13,000, according to The Verge, an online news magazine. But as it turns out, the company’s building ended up being 1/20th of the promised size. In the word of The Verge, state and local units have already spent “$400 million, largely on land and infrastructure Foxconn will likely never need.”

Michigan taxpayers dodged a financial bullet when Foxconn didn’t say “yes” to Michigan. Our public officials and taxpayers haven’t always been so lucky. The state’s failed film incentive program cost taxpayers nearly $500 million before it was mercifully put down. Bureau of Labor statistics indicate that there were just 78 more film jobs here in 2015, when the program ended, than when it began in 2008.

This hasn’t stopped the film industry and its supporters from rallying to bring the idea back. The Mackinac Center has long argued that film incentive programs are ineffective and there’s no reason to think things are different now.

An April 2020 study by economist John Charles Bradbury titled, “Do Movie Production Incentives Generate Economic Development?” looked at film incentive programs across the country from 2000-2015, and the author found that the answer was “no.” He wrote that his research shows evidence does “not support the hypothesized positive impacts of film incentives on state economies.” The Mackinac Center will be keeping an eye on the legislation should it be reintroduced in 2021.

Film incentives are expensive, too. No independent study exists, of which this author is aware, showing that the new taxes generated from such programs exceed the amount spent on them.

Lastly, the state’s Pure Michigan tourism subsidy program is back in the budget after a hiatus. The appropriation had been reduced to zero, but lawmakers and the governor eventually agreed on a $15 million appropriation for fiscal year 2021. The good news is that this down substantially from 2019’s appropriation of $36 million.

The bad news is twofold. First, Pure Michigan is spending money on winter advertisements to encourage travel, even as the state’s health department and governor, citing a pandemic, urge people not to travel. Second, even before COVID-19 arrived, Mackinac Center research demonstrated that Pure Michigan was not an effective economic development tool.

Despite the demonstrated failure, spending on the program continues, and some are looking to spend more by raising taxes. A bill introduced in October would impose new taxes on short-term rentals to help fund it. This one small component of the tourism industry would be asked to pay higher taxes to finance the purported benefits of Pure Michigan for all the others.

Whether the program is Pure Michigan, film subsidies, or anything else offering special awards to select businesses, they should receive no state appropriations, and any savings should be directed toward higher budget priorities in the new year.