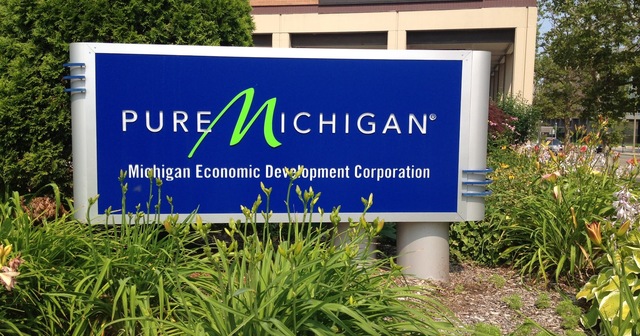 The new 2021 state budget takes effect tomorrow. Spending increased noticeably since fiscal 2019, before the coronavirus pandemic, but it was mixed in the area of corporate and industrial handouts. Funding for them was down from the previous year, but it should be cut to $0. Research repeatedly shows state jobs program subsidies to be an ineffective development tool.

Despite predictions and concerns of state fiscal calamity in 2021, state revenues — not including federal, local or private money — is just about where it was before the pandemic struck. In fact, it is up a little bit. It’s increased from $34.2 billion to $35.4 billion, from FY 2018-19 to FY 2020-21, an 0.8% increase when adjusted for inflation and expected inflation for next year. State education spending will hit record-high levels in fiscal 2021.

One area of the budget that saw noticeable changes was for state “economic development” programs. Two-line items in particular, “Business Attraction and Community Revitalization” and “Pure Michigan,” were goosed up by $20 million and $25 million, respectively.

The Business Attraction line item provides money to the state’s Michigan Business Development Program. This initiative offers up grants and loans to corporations in the hope they will create more jobs. The Mackinac Center for Public Policy has published three analyses (the first in 2018) of this program and has found no positive impact. The one paper that was much more positive was published jointly by the W.E. Upjohn Institute and Center for Regional Competitiveness in 2019.

The Mackinac Center’s 2020 paper analyzed the MBDP from two different perspectives in its new study, “Economic Development? State Handouts and Jobs.” The first take tracked employment at all firms that gained from the program and found that they did create jobs, but at a cost of $29,400 per job per year. Even if those jobs paid $100,000 each, it is unlikely that the personal income taxes generated from the new jobs and all other related and new economic activity would pay taxpayers back for the subsidies.

We then narrowed our analysis to 58 MBDP recipients in 2012 that would earned a subsidy. We compared their job-creating performance to another 39 firms that had been funneled into the program that year but had not received an incentive. In short, we compared the performance of MBDP “winners” to MBDP candidates who were kicked out, bailed out or just failed to earn their subsidy. We found from this comparison that “MBDP awards did not have an effect on establishment employment relative to the control group.”

Although lawmakers are making a mistake in piling on an extra $20 million for the line item that supports this program, the good news is that it is still down more than $5 million from its fiscal 2019 appropriation of $105.3 million. The state’s Pure Michigan tourism and marketing program has likewise shrunk.

The fiscal 2021 Pure Michigan program contains a $25 million appropriation. This is down from the $37.5 million that had been approved by the Legislature for fiscal 2020, but which was ultimately reduced to zero by Gov. Gretchen Whitmer.

In other words, funding is up, but it is not as high as it used to be. Only $15 million is expected to come from the state. An additional $10 million for the program is expected from private and local government sources.

There is no independent evidence to suggest the Pure Michigan program is effective. The Mackinac Center published a full study on this in 2016. The study found that for every $1 million increase in state tourism promotion spending, there was a corresponding increase in economic activity of just $20,000. In other words, this program is a huge net negative for Michigan taxpayers.

Despite dire predictions of budget shortfalls in 2021, state spending is up and lawmakers feel like they can afford to send more to the state’s ineffective corporate welfare bureaucracy. While it hasn’t returned to prepandemic levels, the trend is in the wrong direction. Lawmakers should continue cutting this category. Such spending is unnecessary and, at times, even counterproductive.