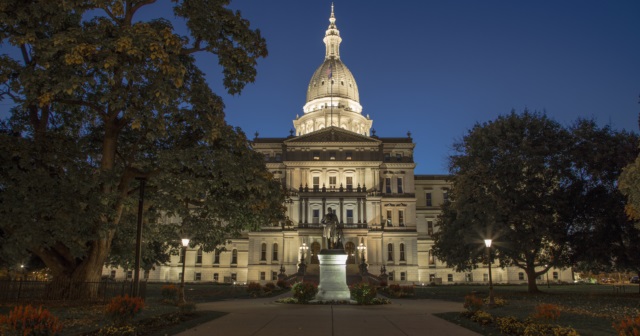 Families’ turn for education relief should come next

Months after the response to the COVID-19 pandemic sent a shock through the economy and the education system, the Michigan Legislature approved Wednesday — with nearly unanimous support — record levels of state funding for schools. Lawmakers did not have to resort to federal coronavirus relief or the state’s rainy day fund to set next year’s budget, as they had to keep spending promises made the year before.

Not long ago, it looked like public school officials would have to find ways to trim their 2021 budgets. That’s why education lobbying groups pushed for a second federal bailout in June to avoid an anticipated $750-per-pupil reduction. But state revenues, particularly from the sales and income taxes, have bounced back more than expected and deflated the case for further Washington support.

Lawmakers’ latest agreement gives out $13.7 billion in state school aid, while passing through an extra $1.8 billion in federal funds. This includes not only a $65 per student increase in formula funding, but also extra money for special education, school lunches and paying down state pension obligations. The new school aid budget, which now needs only Gov. Gretchen Whitmer’s signature, would represent a 5% increase in school aid appropriations from 2018-19, or a 2.2% increase when adjusted for inflation.

More telling than changing dollar values will be the actual number of students those dollars are designated to serve. Following the long-term trend, Michigan public schools were already expecting more than a 1% enrollment drop over the past two years. But that was before the pandemic response prompted more families to opt for homeschooling, private learning pods or other independent schools. It’s too early to know how many more students have sought an education outside the system.

Under a temporary funding formula approved last month in Lansing, most school district budgets will be boosted with dollars for students they no longer educate. Three-fourths of this year’s per-student funding is based on districts’ 2019 enrollment. The remainder is tied to how many students show up this fall, whether for in-person or remote instruction.

That decision effectively punished districts and charter schools, particularly those that provide full-time online learning, that successfully attracted more families. To alleviate the damage, the Legislature’s new budget sets aside $66 million for districts with growing enrollments to share on a per-pupil basis. It also gives districts until the start of the October student count period to enroll nonresident students who earlier applied to transfer into their district.

Legislators have continued to increase spending on school districts and other K-12 institutions, even though the ongoing gains have been ignored by many interest groups and media outlets. Meanwhile, a growing number of dissatisfied families have fled ineffective distance learning programs or undesirable classrooms. According to a new national survey, 80% of public school parents favor sending a portion of K-12 funds directly to families so they can pay for at-home learning. Michigan could make better use of existing dollars by offering stipends or tax breaks to these parents, especially those of limited financial means.

State policymakers have demonstrated their commitment to funding the school system more and more, even when fewer and fewer students show up. Families shouldn’t have to wait much longer for their education relief to come.