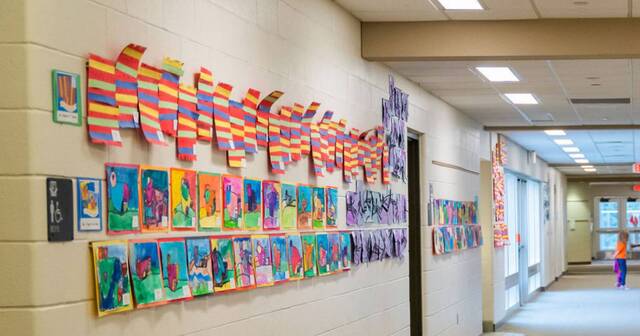 Ed Trust-Midwest, a Royal Oak-based affiliate of The Education Trust in Washington, D.C., recognizes that literacy among younger Michigan students is stagnating. The group projects that, if trends continue, the state’s fourth graders will fall from 32nd to 39th in reading on national tests by 2030. A pillar of the report’s plan to improve student achievement is a call to fund schools more fairly. Yet in making that call, the report critically leaves out some funding sources and some schools.

Ed Trust-Midwest cites the earlier work of its national affiliate to declare Michigan’s school funding system one of the nation’s most “regressive.” The group says schools in the highest-poverty areas receive 5% less per pupil than their lowest-poverty counterparts.

This analysis considers only state and local tax dollars. Were the group’s researchers to incorporate the latest data from the 2019-20 school year, they would find that Michigan school districts in the most affluent communities bring in 7% more dollars per student than districts in the poorest communities. But including federal revenue flips the script, giving the districts surrounded by the most poverty a 7% funding advantage.

Elsewhere in the report, EdTrust-Midwest acknowledges the $6 billion in federal COVID aid is available to the state’s public school system, calling that emergency funding “an incredible opportunity to begin to address these long-standing inequities for students most in need.” The group, which earlier called on Congress to approve the third and largest tranche of these dollars, is urging the state to step up oversight and public reporting requirements for this aid.

Discounting federal sources of money strengthens the argument that Michigan schools are financed unfairly. On the other hand, excluding public charter schools from the analysis waters down the group’s own case for attaching more tax dollars to low-income pupils. That’s because charters serve greater shares of these disadvantaged students while receiving 23% less than conventional districts. (They also get much better bang for the buck.)

Similar to The Education Trust’s approach, we sorted districts and charter schools by the share of low-income students served and divided them into four groups of roughly equal student enrollments. The highest-poverty quartile includes nearly two-thirds of charter schools but less than 20% of districts. That group brings in about 10% less in local and state tax dollars than the lowest-poverty quartile, but about 3% more when federal dollars are included.

How Ed Trust-Midwest’s recommendations for funding reforms would apply to charter schools and their students is unclear. There’s no mention of these parent-selected public education options in the report. The oversight is remarkable, given that public school academies face a financial disadvantage relative to conventional districts that is much steeper than any disparity among districts. And ironically, that disadvantage is even greater if counting only local and state tax dollars, as the group prefers to do.

A case can be made to assign larger shares of education funds to low-income students. If spent wisely, these funds could even help more students become proficient readers. Yet in order to stand on solid ground, that case should account for all the money and include all public schools.

Ed Trust Midwest’s Michigan Achieves! campaign aims to make Michigan a “top ten education state by 2030.” By taking an honest look at how the state funds K-12 education, the group would no doubt find opportunities to achieve that goal. But leaving out key details can distort solutions that might work better for students.