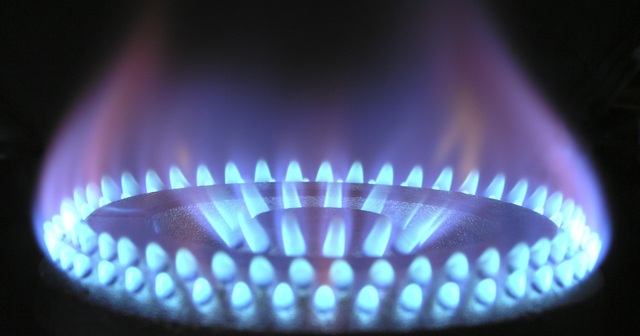 America’s choice to remain dependent on unreliable foreign energy is costing us. This is true at the pump, where gas prices are hovering around 60% higher than when President Biden took office. It’s also true on our monthly heating and electric bills. Early closures of reliable fossil and nuclear plants, paired with an increased reliance on Chinese-manufactured renewables, expose us to inclement weather and less reliable, more expensive electric service.

Freeing up our domestic energy resources can help, and natural gas is a great place to start.

A just-released report from the Mackinac Center and Northwood University’s McNair Center for the Advancement of Free Enterprise and Entrepreneurship explains that “natural gas is a wellspring of wealth and security for America and a foundation for the world’s energy future.”

The study, titled “The Truth About Natural Gas” provides readers with an abundance of information on historical uses of gas, the value of gas to our society, the environmental benefits of using natural gas, and lessons learned when gas supplies are restrained or restricted.

People across Europe are experiencing an energy crisis. But why? Among other reasons, they have implemented energy policies that reduced domestic production of natural gas and willingly tied entire countries to Russian natural gas. With Russia’s continuing aggression in Ukraine and apparent willingness to use its energy reserves as a political weapon, these countries are facing a winter with restricted energy supplies and serious concerns for the safety of their citizens. Several European nations are now reopening coal plants they once shuttered, in hopes of keeping their people from freezing this winter.

In America, gasoline prices remain high and inventories of diesel, jet fuel, and heating oil are at their lowest levels since 2008. In May this year, Michigan closed the Palisades Nuclear Plant, one of its four nuclear plants, nine years before its operating license expired! While utilities, government officials and progressive green groups demand emissions reductions to meet climate goals, the Palisades Plant produced more reliable and emissions-free electricity than all of the state’s wind and solar facilities combined.

Texas and California are suffering blackouts, but they’re not alone. Jim Robb, the CEO of the North American Electric Reliability Corporation, warned earlier this summer that the entire North American grid was at risk of failing if the wind and weather didn’t cooperate. Just last week, NERC restated its warning, noting that “A large portion of the North American [bulk power system] is at risk of insufficient electricity supplies during peak winter conditions.”

How has much of the Western world allowed our energy supplies to dwindle and stagnate in this fashion?

This has happened because well-meaning but misled or misguided elected officials, utility executives, education officials, and the media have listened to the increasingly hysterical pronouncements of very well-funded environmental special interest groups. These groups have been successful at lobbying policymakers to eliminate fossil fuels and even nuclear energy in support of their extreme climate change agenda. Not only do they push bad science, but they put their agenda ahead of the wellbeing of families, who will face higher prices and cold, dark homes during cloudy, windless days.

“The Truth About Natural Gas” details how increased supplies of inexpensive natural gas have upgraded our electricity generation systems and allowed fuel-switching from older and less efficient coal plants to newer and more efficient gas. Making this change has benefitted our environment by allowing the nation to cut our greenhouse gas emissions, to about 20% below 2005 levels. Increased use of natural gas also played a direct role in the reduction of six major air pollutants by nearly 80% since 1970.

Be sure to download a copy of “The Truth About Natural Gas” and share it around. A secure supply of affordable, reliable energy is what American families need and deserve. Natural gas helps keep the lights on.