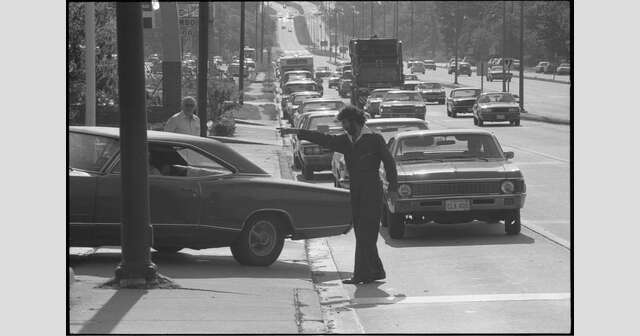 Options for people dealing with energy restrictions and rising prices

“Well that was depressing!”

So said the first commenter after I spoke to a lunchtime gathering of Rotary Club members last week in Grand Ledge, MI. That response wasn’t totally unexpected: my presentation on the Seven Principles of Sound Energy Policy walked club members through the challenges we face as our utilities continue to design an increasingly fragile electric grid.

An opening slide quoted Jim Robb, CEO of the North American Electric Reliability Corporation, the organization responsible for ensuring the consistent operation of much of the continent’s electric grid. Robb recently appeared on Soledad O’Brien’s streaming news show, “Matter of Fact” to explain how “the disorderly retirement of older generation is happening too quickly.” He described how the nation “get[s] into trouble” with electricity supply when we allow our energy policy to focus solely on one issue, like environmental concerns, to the detriment of equally (or more) important issues, like reliability and affordability.

As my presentation continued, I showed listeners that, without a lot of work on their part, they will not get the information they need to make informed energy decisions. I highlighted how environmental groups, elected officials, the media, educators, and renewable energy developers routinely tell citizens that wind and solar benefit the environment while providing reliable and cheap electricity. But it is rare for people to hear anything about the rapidly growing list of negative environmental, social, and economic impacts caused by renewable energy.

My presentation gave them that balancing information. I detailed how the renewables industry has only recently admitted to, or begun to address, the plight of enslaved Uyghurs and Kazakhs. The Chinese government has forced millions of these people into reeducation and work camps where they are required to produce polysilicon and other solar panel components that are then sold to world markets. I also explained that Congolese children, only 9 or 10 years old, are forced to mine for cobalt — an essential element in the production of utility and EV batteries. These people are victims of the endless and overly hasty push towards renewable energy.

But the negative impacts of the push toward alternative energy are not limited to its human toll. I also showed how Joshua trees — a species regularly proposed for protected status by environmental groups — are cut and shredded to make room for industrial solar installations in California. I described how 1,600 acres of farmland in southern Michigan was recently threatened by the proposed (and later rejected) development of a single industrial solar generation facility. The proposed solar plant would have covered some of the state’s most productive farmland. I explained how wind turbines operated by ESI Energy have killed 150 golden and bald eagles over the past decade, damaging our efforts to preserve endangered species. Then I described a study that showed how solar panels create 300 times more waste per unit of energy produced than nuclear power.

I also informed the audience that, despite tens of billions in subsidies, wind and solar still supplied only 4.5% of our energy consumption in 2021. In comparison, despite constant media vilification and active regulatory attempts to restrict their use, fossil fuels and nuclear provided almost 90%. From there, I showed the audience how areas that have moved heavily to wind and solar often see electricity rates skyrocket, while the reliability of their electric service rapidly degrades, with blackouts becoming far more common. One need look no further than Texas’ blackout in 2021 to see the disastrous results.

These, and many more basic facts about so-called green energy can be disturbing or destabilizing for members of the audience. For years, they have been told by activists, elected officials, teachers, co-workers, the media, and others that renewables are clean, affordable, and reliable. They have been told how renewables are now ready to easily replace fossil and nuclear sources. Hearing the truth and finally grasping the level of green disinformation they have been subjected to can set some listeners back on their heels. Others listen to my message, see the size of the task before them and become motivated to get involved.

Importantly, listeners also quickly come to recognize the environmental movement is not the small, spunky, grassroots protector of the common public trust that it purported to be in the 1960s and ’70s. As the Jeff Gibbs / Michael Moore documentary, Planet of the Humans revealed, many green groups wield as much or more influence and power over energy policy as the multi-national corporations they have spent the past several decades attacking.

Given current technologies, here are just a few examples of concrete steps that citizens can use as a response to their concerns about the unreliable and expensive energy produced by wind and solar. They can encourage their legislators to take these steps to ensure reliable, affordable, safe and clean energy production:

1) Stop the billions in market destabilizing subsidies that are shoveled toward politically-preferred green energy sources. At the same time, government should revoke mandates, like renewable energy portfolios, that require states to generate minimum amounts of electricity from unreliable and expensive sources like wind and solar.

2) Pass laws that will ensure existing nuclear, gas, and coal generation facilities are used for their full planned life cycles. Early closures of these plants are dangerously destabilizing our electric grid. Furthermore, closing these multi-million dollar investments early is financially irresponsible. These choices stick utility customers with the sunk costs of the old plants, while also burdening them with the costs of new solar and wind facilities.

Straightforward, comprehensible, and accurate information about alternative energy has become essential, as people have begun to realize they have been misled on issues of energy and the environment for decades. While this revelation can initially be shocking, an accurate evaluation of energy policy provides people with the foundation they need to push back and demand their elected officials and utilities move away from dangerous, short-sighted green mandates.

For those who are interested in learning more, the Mackinac Center has produced numerous publications that give more in depth descriptions of where our electricity comes from or how competition and choice can reduce electricity rates while maintaining or improving reliability. We also describe the seven principles of setting up sound energy and environmental policies and provide parents with easy to use responses to question the environmental dogmas being taught to their children in school.