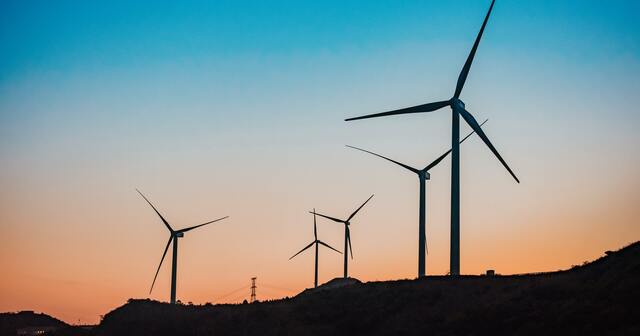 Planet of the Humans

“Planet of the Humans,” a new documentary by the progressive filmmaking duo of Jeff Gibbs and Michael Moore, stands and falls on two key themes. On the one hand, the director and narrator, Gibbs handily debunks the misguided notion that renewable energy is a morally and environmentally superior, low-cost and reliable means of greening our electricity supply. On the other hand, Gibbs undercuts that service by miring his narrative in an anti-human muddle that claims only a “major die-off” or having “our ability to consume reined in” will keep humans from destroying the planet.

Gibbs’ work appears to personify the old saying, “There’s a thin line between love and hate.” The film feels like the response of a jilted lover, who is dragged, kicking and screaming, to accept their partner’s infidelity. Once convinced, however, the victim gives in to an all-consuming desire to expose the betrayal.

To set that scene, Gibbs opens the film by detailing his belief in climate change — the same view held by most climate alarmists: that human use of fossil fuels will lead to an inevitable catastrophe. He uses old video to reinforce his belief that we have long known human-caused changes to weather and climate are unleashing forces greater than even “the atomic physicist encounters” and that threaten the viability of “life itself.”

He builds from there, buttressing his green bona fides, with stories of his early infatuation with nature and his growing activism in the environmental movement. But the film takes a twist from the stereotypical green view when he outright rejects the belief that the only hope for the Earth is an immediate switch to renewable energy.

Through a variety of scenes, Gibbs demonstrates that a widespread switch to renewable energy will impose substantial economic and environmental costs — even more than those he believes are imposed by traditional energy sources. He repeatedly lays out the resource requirements of wind and solar, he details the economic and environmental costs of building them, and he explains their growing impacts on natural areas and wildlife habitat.

Early in the film, Gibbs explained how he once used his filmmaking to demand that we stop “destroying mountains for coal.” Today he uses his skills to show how renewable energy developers are doing the very same thing — peeling away Vermont’s mountain tops for wind and bulldozing and shredding 500 year old Joshua Trees in California for solar.

He films the awkward confusion at PR events for the Chevy Volt when utility executives reveal how the ostensibly clean vehicles rely on fossil fuels to charge their batteries. That discomfort continues as utility executives then admit their much-vaunted solar facilities can barely trickle out enough electricity to unreliably power a few homes.

Using the confrontational, man-on-the-street-style investigative reporting that he and Moore have employed to attack firearms owners and capitalism in general, Gibbs crashes through the carefully scripted ad campaigns and staged appearances of the major environmental groups and the renewable energy industry. Interviews and film clips of Robert F. Kennedy Jr., Bill McKibben of 350.org, Michael Brune of the Sierra Club, and former vice president Al Gore (among others) use their own words to provide a refreshingly blunt rebuttal to their claims. In the end, Gibbs demonstrates that they are not the green saviors they claim to be. In fact, they appear to have become the very thing they always claimed to hate: corporate CEOs, willing to sell their organizations’ brand and their reputations for money and power.

Gibbs also relies on co-producer Ozzie Zehner, author of “Green Illusions: The Dirty Secrets of Clean Energy and the Future of Environmentalism,” to demonstrate that short life cycles, extensive land requirements, and expansive use of metals and minerals entails that wind, solar, and biomass energy lead to at least as much, if not far more, damage than fossil and nuclear options. Many examples fill the film, but one of the more memorable instances involves Zehner’s review of the much-hyped Ivanpah thermal solar plant in the Nevada desert. After spending billions on construction, the plant relied heavily on natural gas rather than solar energy for much of its life to produce electricity at as much as three times the rate of a similar sized natural gas plant. Compounding the plant’s failure, he explains that the facility is now falling into disrepair. While surveying the abandoned remains of another solar facility, Zehner opines, “You would have been better to just use the fossil fuels in the first place.”

“Planet of the Humans” is a study in the ability to use carefully collated, emotional and visually disturbing cinematography and narration to lead viewers toward a desired end. And, as a study on that theme, it’s worth watching at https://planetofthehumans.com. But people should recognize that it will be a disturbing eye-opener for anyone who still believes that renewable energy can affordably, reliably and cleanly supply all our energy needs, or that the progressive green movement is interested in nothing more than sustainability.

But, as good as he is at pointing out the problems with Big Green and renewable energy, Gibbs limits the effectiveness of his critique by refusing to move past the same anti-human attitudes that plague many of the extreme progressive greens. That confusion is well established as he stands back to film a spinning wind turbine and asks, “Is it possible for machines made by industrial civilization to save us from industrial civilization?”

This industrial society Gibbs would see dismantled is the very thing that has improved our health, extended our life expectancy, allowed us to create life-saving medicines and treatments. This society which, despite its flaws, has brought billions up and out of extreme and grinding poverty and provides the wealth with which we now clean and reclaim our natural environment is something to be applauded and improved, not abandoned. Gibbs’ belief that we need to be saved from “industrial society” is fundamentally flawed and, on this issue, the film fails badly.