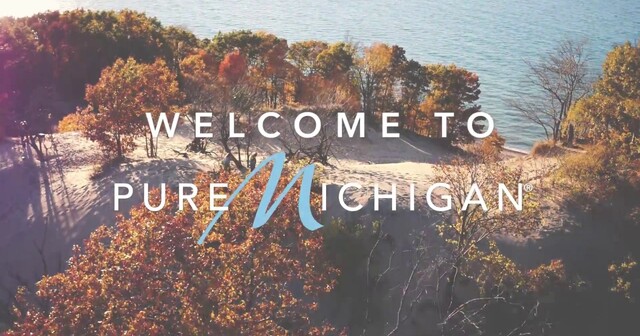 The Mackinac Center for Public Policy sent a letter today demanding the state’s jobs agency produce documents that are key to validating the effectiveness of its Pure Michigan tourism promotion program.

The Michigan Economic Development Corporation and its consultants have maintained a veil of secrecy over their calculations of Pure Michigan’s return on investment (ROI) for many years. The state’s claims that Pure Michigan pays for itself strain credulity. The Mackinac Center has long attempted to verify these assertions, but in doing so, we have faced significant hurdles due to a lack of transparency. This year is no different.

At issue are records that would help explain whether the people of Michigan are getting any value from the tourism program. The numbers don’t seem to add up. Take, for instance, the 2020 report from the state’s consultant that found Pure Michigan returned $8.79 to the state treasury for every $1.00 the state spent on its ad campaign in 2019 — a 779% return on investment. If true, this claim would be remarkable, but we believe it lacks merit.

But because the state can’t, or won’t, demonstrate precisely how the numbers are derived, it’s impossible for Michigan taxpayers to hold the state accountable. We want to see their math, but the state effectively replies, “trust us and trust our consultants, we know we’re right.” That answer is not acceptable, especially given independent scholarship demonstrating the ineffectiveness of state tourism promotion efforts.

Unfortunately, this lack of transparency isn’t limited to just one year. In November 2020, the Mackinac Center again requested documents generally known as “input assumption worksheets.” These and associated calculations are used by a state contractor as a core element in making ROI estimates for the Pure Michigan program. We believe these assumptions will help us shed greater light on the state’s claims of programmatic success.

Over the course of nearly a year and a half, the Michigan Economic Development Corporation has either ignored our requests, informed us the records did not exist, or redirected the Mackinac Center to its contractor, Tourism Economics. We made another four attempts to obtain worksheets directly from Tourism Economics, but the requests for assumption worksheets were all ignored.

It isn’t particularly surprising that Tourism Economics would be less than completely cooperative. In 2015, the Mackinac Center obtained e-mails between that company’s president, Adam Sacks, and MEDC officials discussing a plan to ‘discredit’ the Mackinac Center’s not-yet-released tourism subsidy study. As part of that plan, Tourism Economics was prepared to help by having its parent company provide a critique, which it eventually did. Our response to that critique can be found here.

Long frustrated by the level of secrecy surrounding Pure Michigan’s ROI numbers, the Mackinac Center performed its own study of tourism promotion in 2016. We did so by using publicly available data and a transparent methodology that was detailed in our report so other scholars could review the work. The dataset we employed ran 39 years and across 48 states.

We found that for every additional $1 million spent on promoting state tourism, there was a corresponding increase in hotel and motel business of just $20,000.

To be clear, that’s not new tax revenue accruing to the state treasury. It’s the amount of additional business that may have occurred as a result of taxpayer-funded tourism promotion. At a rate of $100 a room, it comes to about 200 hotel stays, and only a fraction of that money would return to the state through sales or hotel taxes.

We examined other industries likely to be impacted by this state spending too, but the hotel and motel industry was the best performing of them. In other words, programs like Pure Michigan represent a huge net negative for taxpayers, as even the best-case scenario produces very little extra business activity.

If the state honestly believes this scenario is too pessimistic, it should provide the evidence for that belief. At the same time Michigan spends tens of millions of dollars annually subsidizing the advertising costs of a single industry, the state ignores more fair approaches to economic development — such as cutting the personal income tax or repairing Michigan roads faster than they fall apart. These sorts of broad-based reforms for all Michiganders would likely have better economic consequences than subsidizing the tourism industry.

At a minimum, state lawmakers should mandate greater transparency from state agencies. For too long, the Michigan Economic Development has been able to puff up its Pure Michigan program as a jobs-creating success story, while also protecting itself from external scrutiny. Michigan citizens deserve better, and that starts by shining the disinfecting light of transparency on the secrecy of the state and its contractors.