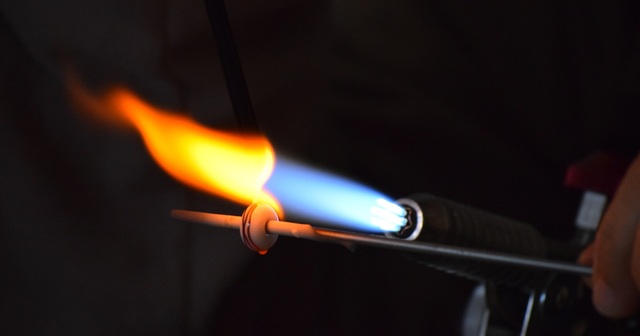 This article originally appeared in The Hill November 12, 2022.

Flawed energy policies are harming our ability to meet everyday needs. That is the conclusion of a soon-to-be-released paper focusing on the value of fuels such as natural gas with regard to maintaining and improving human health and welfare. Natural gas, explains the report from the McNair Center at Northwood University and Michigan’s Mackinac Center, is a wellspring for America and the world’s energy future.

In Europe, green policies aimed at reducing domestic natural gas production have helped to create an energy crisis that is hobbling the continent’s industrial and manufacturing capacity. The European Union is dependent on Russian natural gas exports, and several European nations are considering reopening coal plants to keep from freezing this winter.

America’s loss of energy independence is less severe, but it is still hitting Americans in their wallets. At around $3.80 per gallon, gas prices are about 60 percent above the price when President Biden took office. Distillate inventories — diesel, jet fuel, and heating oil — are at their lowest levels since 2008. The Department of Energy reports that tens of thousands of jobs have been lost in the fossil fuel industry. Millions in wages and state and federal tax revenues are effectively being exported to countries that haven’t “worked overtime” to restrict natural gas and oil production.

Across the nation, utilities are transforming our electric grid into a fragile, weather-dependent house of cards. In Michigan, for example, utilities just closed a nuclear plant nine years before its operating license expired, even though the plant produced more reliable and emissions-free electricity than all of the state’s wind and solar facilities combined.

Texas and California have experienced significant blackouts in the recent past. But they’re not alone. The entire North American grid is threatened by energy policies that fail to balance “reliability, affordability, and environmental impact,” says Jim Robb, CEO of the North American Electric Reliability Corporation. We may someday fully power our lives with intermittent gusts of wind and errant sunbeams, but that day is not today.

While some green campaigners reluctantly accept natural gas as a temporary transition fuel, others, such as the Sierra Club, continue to demand that we move beyond both coal and natural gas. But as reliable plants shut down, electricity and energy systems across the nation are showing signs of growing instability.

Our misplaced trust in reliably unreliable wind and solar often leaves entire states or regions lacking during extended “wind droughts” or seasonal cloudy conditions. During the times that wind and solar produce nothing, we require the dense and reliable power derived from fossil fuels to keep the lights on. Without it, we would struggle to provide basic products and services: transportation, medical care, heat and light, construction and manufacturing, computing and internet technologies, fertilizer and food production, and water purification. Reducing or ceasing our use of natural gas, without taking these benefits into account, would be deeply shortsighted.

The increased use of gas has reduced the overall cost of energy and increased energy reliability, both of which led to direct improvements in human health and well-being. For example, as increasingly strict government regulation has targeted the use of coal for electricity generation, low-cost natural gas — a result of the shale revolution — has been available to pick up much of that lost energy production capacity.

That fuel-switching from older coal plants to newer natural gas generation is a key reason that American “greenhouse gas emissions in 2020 … were 21 percent below 2005 levels.” Improved generation technologies are also why we’ve been able to decrease combined emissions of six criteria air pollutants by 78 percent from 1970 to 2021.

The North American oil and gas industry is far more efficient than many of its international competitors. Russian natural gas production emits 30 percent more methane per unit of energy than American producers, according to the International Energy Agency’s global methane tracker. Despite that demonstrated efficiency, American oil and gas producers have publicly committed to even further emissions reductions. When considering environmental outcomes, it makes sense to focus production in areas where it is done more cleanly and efficiently.

A secure supply of affordable, reliable energy is essential to America’s and the global economy. If state, local and federal officials ignore these benefits, America’s standard of living will decline, global economic and political freedom will be harmed, and environmental impacts associated with energy development will expand in the decades to come.

Timothy Nash is vice president emeritus and director of the McNair Center for the Advancement of Free-Enterprise and Entrepreneurship at Northwood University in Midland, Mich.