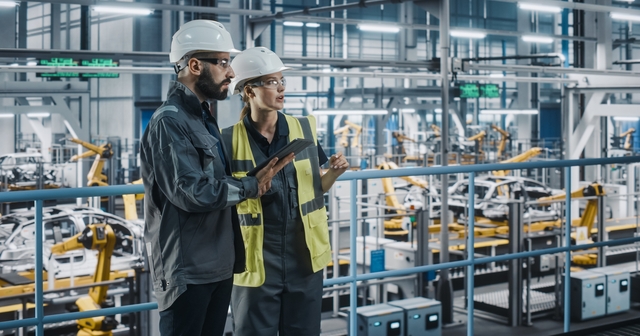 A chart to ponder

There have been underappreciated changes in the state economy. The decline in Michigan’s auto manufacturing jobs speaks for itself. 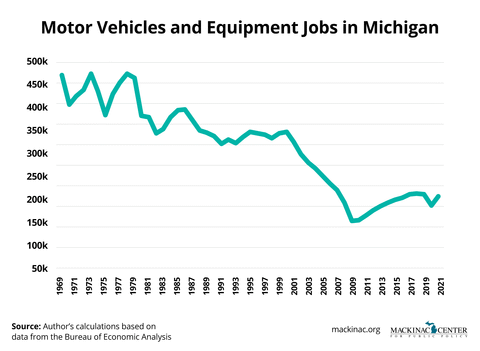 In 2021, Michigan had 175,745 motor vehicle and parts manufacturing jobs. This remains the most auto jobs of any state. But the number of auto jobs in Michigan is just 37.2% of what the state had at its peak.

The total state job picture is not down 63% over the same period. In fact, there are 33% more jobs in the state now than when the state had its highest number of auto jobs. The auto industry hasn’t been a positive force to the jobs picture in Michigan for over a generation.

All industries are connected, and some are more connected than others. Producing cars and trucks involves many more people than just the workers creating the parts and assembling the final product. A lot of vehicles are produced in Michigan, but typically with fewer workers. The industry has a larger impact on the state economy than just the number of people working in it.

What people think about the economy matters. They should know that a lot has changed, and Michigan has a lot fewer auto manufacturing jobs than it used to. These trends ought to get people more skeptical the next time automakers ask for taxpayer money.