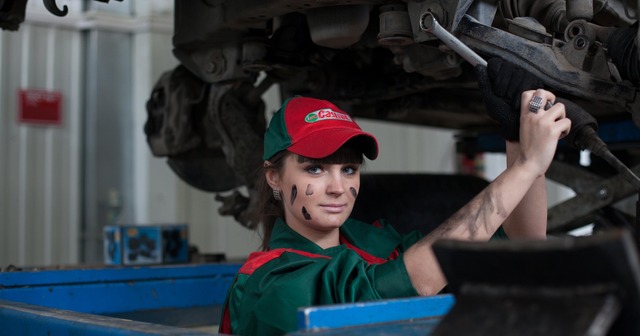 This article originally appeared in The Hill November 19, 2022.

Gov. Gretchen Whitmer wants to be known for creating jobs in Michigan’s all-important auto industry. In October, she proudly declared that “since taking office, we’ve announced 30,000+ auto jobs and counting.” But “announced” is different from “created,” and she’s walking back earlier claims that she has overseen actual job growth.

Worse, she is ignoring that her actions to spend taxpayer money on electric vehicle (EV) production are helping to kill the very auto jobs she claims to care so much about.

In her four years in office, Whitmer has presided over a spate of layoffs from the Big Three automakers: General Motors, Ford and Stellantis.

GM dismissed about 800 workers in Detroit three years ago, while Stellantis, which makes Chrysler vehicles, started downsizing over the summer at various Michigan plants. The layoffs are connected to each company’s efforts to ramp up production of electric vehicles.

EVs do not require as many workers to build, which fundamentally means a slimmed-down American auto industry. And that means fewer jobs.

If this were a market-driven dynamic, there would be little to complain about. But it’s not — it is the government using taxpayer dollars to subsidize vehicles that require fewer jobs to manufacture.

It’s one thing for a company to prioritize a bigger market opportunity, which may mean laying off workers in other areas. It’s another to downsize to meet political demands.

The Whitmer administration is following the Biden administration’s lead in the push to make the Michigan auto industry produce more electric vehicles. Just last year, President Biden issued an executive order targeting that 50 percent of vehicles sold by 2030 be electric or carbon-free.

When it was announced, the Big Three supported this overly ambitious goal, but made a point to say that it could “be achieved only with the timely deployment of the full suite of electrification policies committed to by the administration in the Build Back Better Plan,” including “incentives to expand the electric vehicle manufacturing and supply chains.”

These incentives have grown beyond the federal government and now come straight from the hands of state taxpayers. In that Ford deal in June, Michigan threw in another $50 million in tax exemptions for Ford’s EV facility in River Rouge.

Since taking office in 2019, Whitmer has thrown well over a billion dollars in taxpayer money at electric vehicle production.

While Stellantis has mainly milked electric-vehicle subsidies in other states, such as Indiana, other companies are still raking in taxpayer cash.

Why are taxpayers being forced to pay for the privilege of lost jobs and potentially unwanted electric vehicles, which have an average sticker price of $66,000?

These giveaways are being sold as all upside in the future, but the downside is being felt in the here-and-now. Layoffs today are more real than the hope of good-paying jobs tomorrow. Michigan already has half the number of the auto jobs it had in 2000, the state’s recovery from the Great Recession has lagged the rest of the country, and throwing billions of taxpayer dollars toward EV production will do little to bring those jobs back.

If the promised electric vehicle jobs don’t arrive in Michigan, it will reflect reality: These businesses don’t work, even with the subsidies. Oops. We don’t have to keep learning this lesson the hard way.

Whitmer surely knows this, given the history of failed green-energy subsidies under one of her predecessors, Jennifer Granholm, now the U.S. Secretary of Energy. But like many other supporters of taxpayer giveaways, she also knows that when it’s finally clear that taxpayer money was wasted, it won’t affect her.

By the time taxpayers learn how those deals went, there will be no way to hold accountable those who championed them. The conventional wisdom, from reporters and pollsters and political consultants, will claim that “everybody has moved on.”

That’s why Michiganders and taxpayers across the country should pay attention now. Catch the next one before it happens.