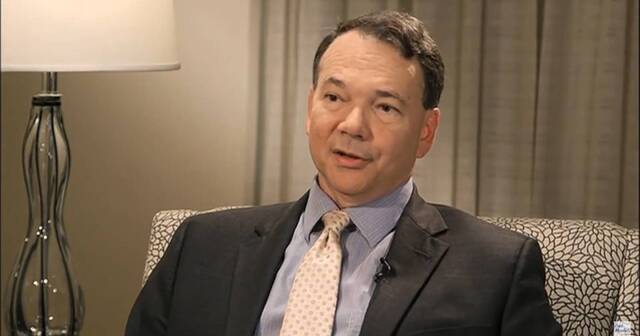 Mackinac Center President Joseph G. Lehman talked recently with the Acton Institute's Eric Kohn about the evolution of public policy ideas, the definition of the Window itself and the life of Joseph P. Overton.

While the Overton Window is widely (and often incorrectly) thrown around in public policy discussions, the original concept that was pioneered by Joe Overton when he was a Mackinac Center senior vice president is fairly simple: The Window defines the range of politically realistic policies at a particular time. Politicians are limited to supporting only policies that are widely considered legitimate by a large section of society. These policies are said to be inside the Overton Window. A politician who supports policies that are outside the Overton Window risks losing popular support. As a result, it is rare to see ideas in public policy that lie outside the spectrum of broad public acceptance.

The Overton Window does shift over time, however. Lehman points to gay marriage and Michigan's right-to-work law among many other policy ideas that went from being punch lines to law of the land in just a decade or so. The change in acceptable ideas is not always for the better. Economic and moral panics have been known to push poorly conceived ideas into the mainstream and allow vast power grabs by government. Just a few years ago, few in the United States would have thought it possible for government officials to be confining law-abiding citizens to their homes and arresting playdate scofflaws. But Lehman noted that the COVID panic violently shifted the range of policies that society (or at least a critical part of society) would accept.

Lehman and Kohn also discussed the life of Joe Overton, his intense personality, his contributions to effective policy-making, his capacity for warm friendship and his untimely death.

Listen to the whole discussion here.