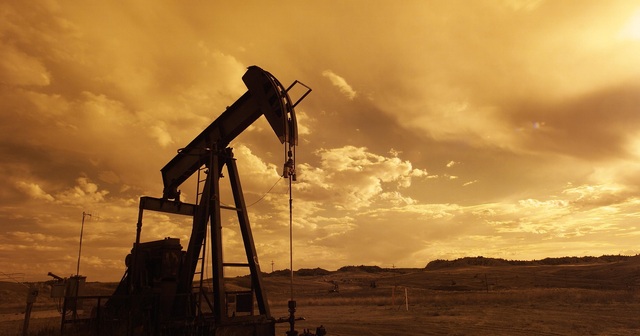 Biden may not set gas prices, but it’s false to claim that he can’t influence them

It's been more than a month since Russia launched its invasion of Ukraine and gas prices are still well above $4 per gallon.

International instability plays a role in the most recent price spikes, but that does not erase the fact that the sustained increase in domestic energy prices began with President Biden’s election and can be linked to his domestic energy policies. The administration continues to point the finger elsewhere, claiming to have encouraged the oil and gas industry to rapidly increase production. But if Biden really wants to reduce prices for consumers, he could do two relatively simple things.

First, actively and publicly encourage oil and gas production by easing permitting on federal lands and ceasing efforts to stop construction of new pipelines. This policy change would help pave the way to the second: sending an unequivocal signal to investors that the administration will support the abundant production of reliable domestic energy sources.

Americans continue to face gasoline prices well over $4 per gallon. Federal government data indicate prices rose to a high of $4.32 per gallon on March 14. That’s a 52% increase over the $2.85 per gallon price we were paying the same time last year and a 144% increase over the $1.77 per gallon price Americans were paying when gas prices hit their low point in April 2020. Even with a recent dip, to $4.24 on March 21, the national average is still 48% higher than last year.

At $4.77 per million Btu, prices for natural gas — the fuel we rely on to heat our homes, cook our food, and make most of the fertilizer we need to feed our nation — have also increased by 87% from last year’s price of $2.55 per million Btu. 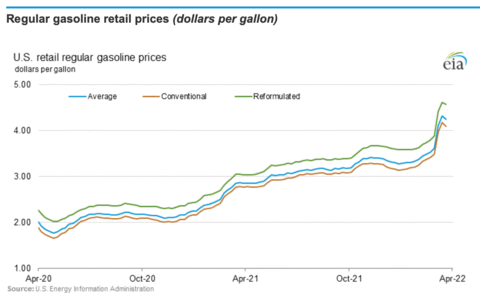 Continuing high prices for these essential fuels vindicates the oil and gas industry’s warnings that, in a capital-intensive industry, it can take months to mitigate the rapid price swings that American drivers endured in February and March.

That’s because oil and gas supplies are not all just sitting in a tank, ready to be used. Companies must obtain financing and permits, wells must be drilled and fracked, crude oil must be pumped out of the ground and then transported to refineries. Only then can these fuels be shipped out to markets. While some of this involved process is already underway, timelines for increasing supplies can still take weeks or months. In the meantime, regulatory impediments supported by the Biden administration continue to discourage financing, drilling, and pipeline construction.

And let’s not forget that rising prices and restricted energy options have long been the goal of these green energy policies. For the Biden administration to commit to reducing fuel prices would be an admission that its repeated promises “to get rid of fossil fuels” were misguided.

So rather than getting government out of the way so our domestic producers can do their job, Biden is still following his plan to stymie the production and use of fossil fuels.

That plan is a replay of the policies of Biden’s former boss, President Barack Obama. Recall that it was Obama who argued that “we can’t just drill our way to lower gas prices” and that electricity prices would need to “necessarily skyrocket” in order to reduce CO2 emissions.

White House press secretary, Jen Psaki, continued the theme last November, arguing, “The rise in gas prices over the long term makes an even stronger case for doubling down on our investment and our focus on clean energy options.”

Other administration officials demonstrate a similar inability to understand how energy impacts the lives of the average American. When Energy Secretary Jennifer Granholm suggested last year that driving an electric vehicle would protect you from the effects of cyberattacks on major pipelines, the comment was widely criticized, with a Washington Examiner columnist pointing out, “Granholm’s remark sounds a lot like ‘let them eat cake.’”

But Transportation Secretary Pete Buttigieg continued that logic in a November MSNBC appearance. Buttigieg suggested that American drivers would “never have to worry about gas prices again” if they would simply go out and purchase a new $60,000 electric vehicle.

The recommendations from Buttigieg, Granholm, Psaki, and others are a solution looking for a problem. They ignore the fact that we were able to lower fuel prices by encouraging more energy production across the nation. Just as importantly, the United States significantly reduced emissions of both CO2 and other airborne pollutants while rapidly expanding energy production.

The White House continues to downplay the impacts of its weather-dependent green energy agenda, while trying to pass the buck on rising energy prices and take credit for rising production on state and private lands.

The president’s assurances that “Russia is responsible” for rising prices, or that oil and gas producers are “padding their profits,” stand in direct conflict with his promises to “take responsibility.” Clearly it is true that, on his own, the President does not set oil prices. World markets are simply too large and complex. But it is also nonsensical to pretend that the president is helpless to expand domestic energy production and contain the explosion in fuel prices.